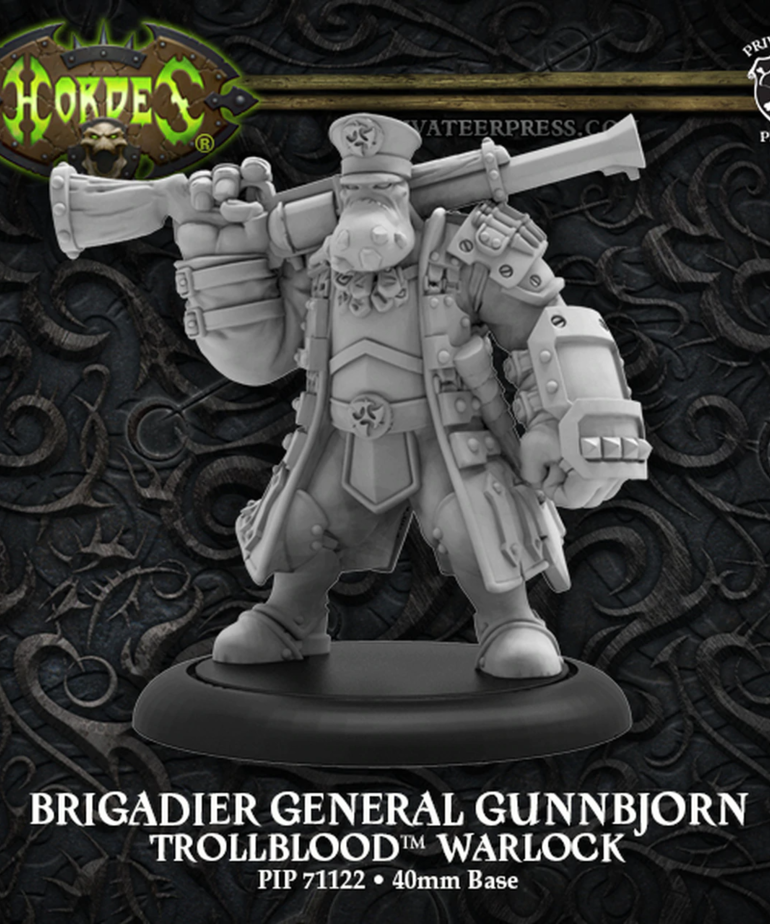 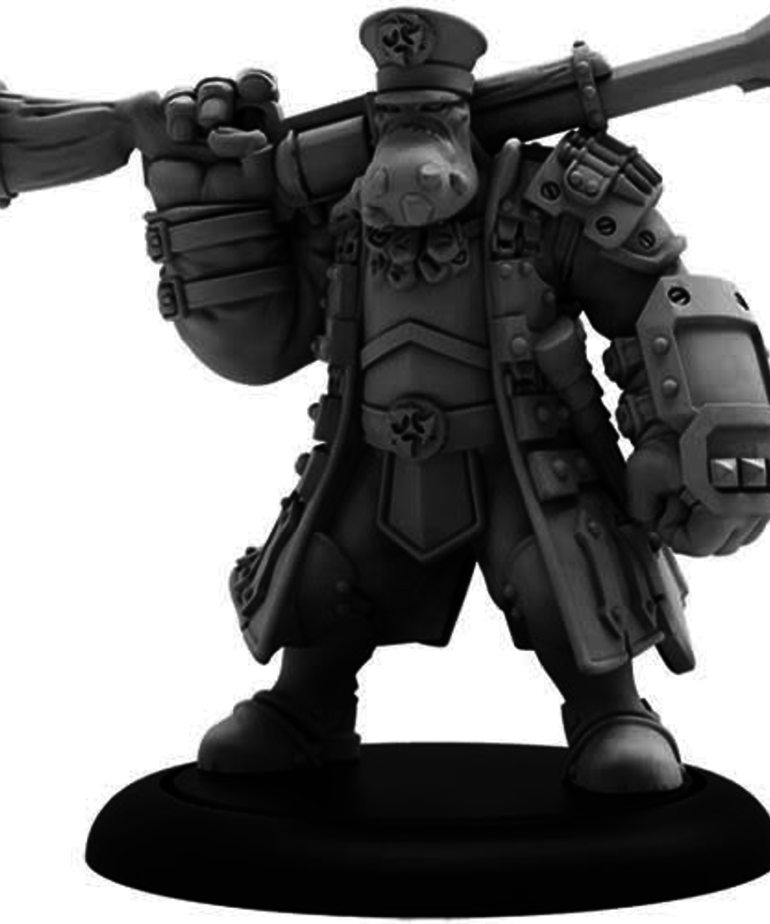 The Trollbloods have suffered for decades at the hands of outsiders, and the infernal invasion was yet another human atrocity that punished the kriels. The infernals had not come to Caen for their souls, but the cosmic horrors still slaughtered the children of Dhunia whenever their forces crossed paths.

During this turmoil, a trollkin hero rose to the occasion and organized a proper military operation to force the infernals out of trollkin lands and far away from the worshippers of Dhunia. Brigadier General Gunnbjorn has negotiated wartime peace treaties with other non-trollkin Dhunia worshippers, such as the savage Farrow, and assembled an army far greater than the enemies of the kriels have seen before. He will stop at nothing until the world is rid of the otherworldly menace or anyone else who dares threaten his people again.

The second iteration of Gunnbjorn has some similarities to his original incarnation in that both love their guns and are exceptionally dangerous with them, but Brigadier General Gunnbjorn takes a different approach to combat. Capable of stripping away enemy defense and defenses such as Shield Guard, all while commanding nearby models/units to shoot more accurately or more often, Gunnbjorn levels the field with massive amounts of firepower. His potent feat also encourages the use of many ranged area-of-effect attacks, as those guns will deal their full POW on blast damage instead of a reduced amount. This makes models such as the Trollblood Blitzer/Bomber (PIP 71058), Trollkin War Wagon (PIP 71065), and the new Trollkin Barrage Team (PIP 71123) excellent choices in any army lead by Gunnbjorn.