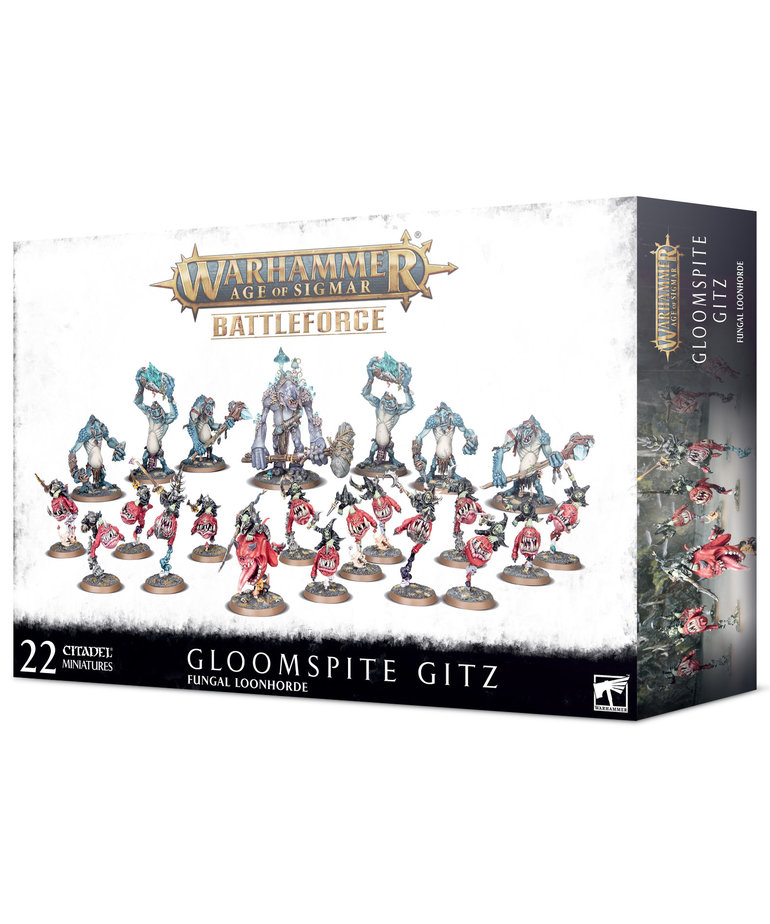 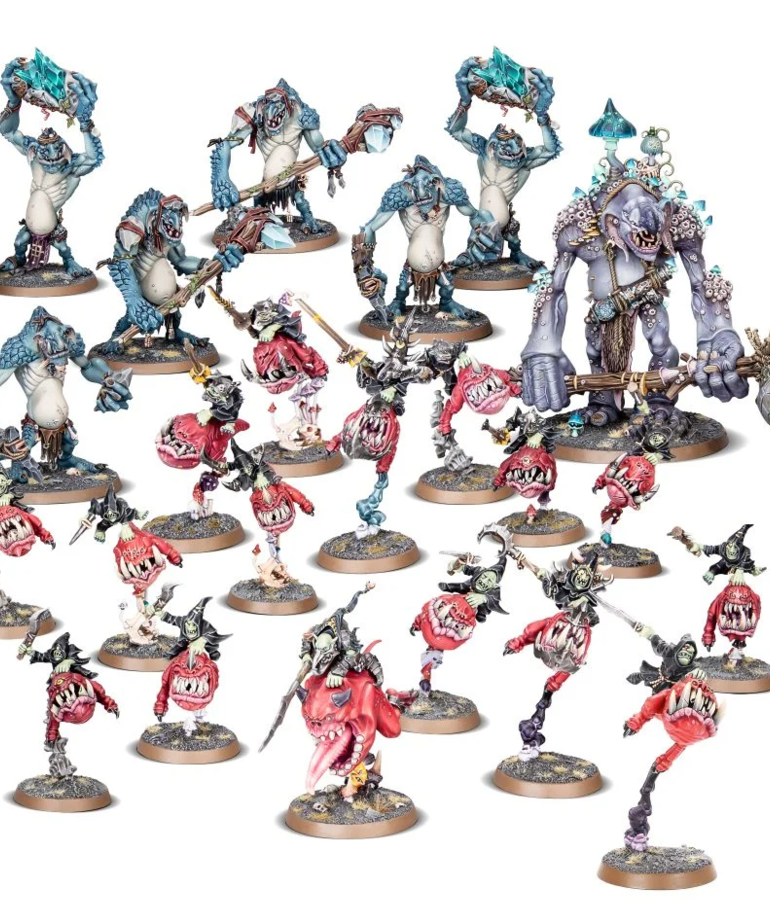 A Fungal Loonhorde is a force of anarchic destruction that crushes cities to dust and send opposing armies fleeing in panicked terror. Careening packs of grot squig riders bounce a devastating path through their foes, led by a cackling Loonboss atop the huge, hungry ball of flesh and teeth known as a Giant Cave Squig. In the wake of this red and green disaster lumber ill-tempered troggoths, splattering anything in sight with mighty swings of their clubs and boulder-sized fists.

Squigs or Troggoths? It’s a question that every Gloomspite Gitz player has to reckon with. At last, we have the answer – both! Whatever your preferred flavour of fungal mayhem, this set has you covered, giving you everything you need to kick off or expand a Gloomspite Gitz army to shake the Mortal Realms, all for less than you’d pay getting the models separately.

Contents:
- 1 Loonboss on Giant Cave Squig - the perfect commander for any squiggly force
- 15 Squig Hoppers - madcap shock cavalry, also buildable as elite and armoured Boingrot Bounderz
- 1 Dankhold Troggboss - a hulking commander perfect for leading fellow Troggoths into battle that can also be built as an equally punchy Dankhold Troggoth
- 6 Rockgut Troggoths - nigh-invulnerable monsters capable of smashing enemies aside and taking a beating in return
- This set is supplied in 458 plastic components and comes with 1 60mm Round Base, 6 50mm Round Bases, 1 40mm Round Base, and 15 32mm Round Bases