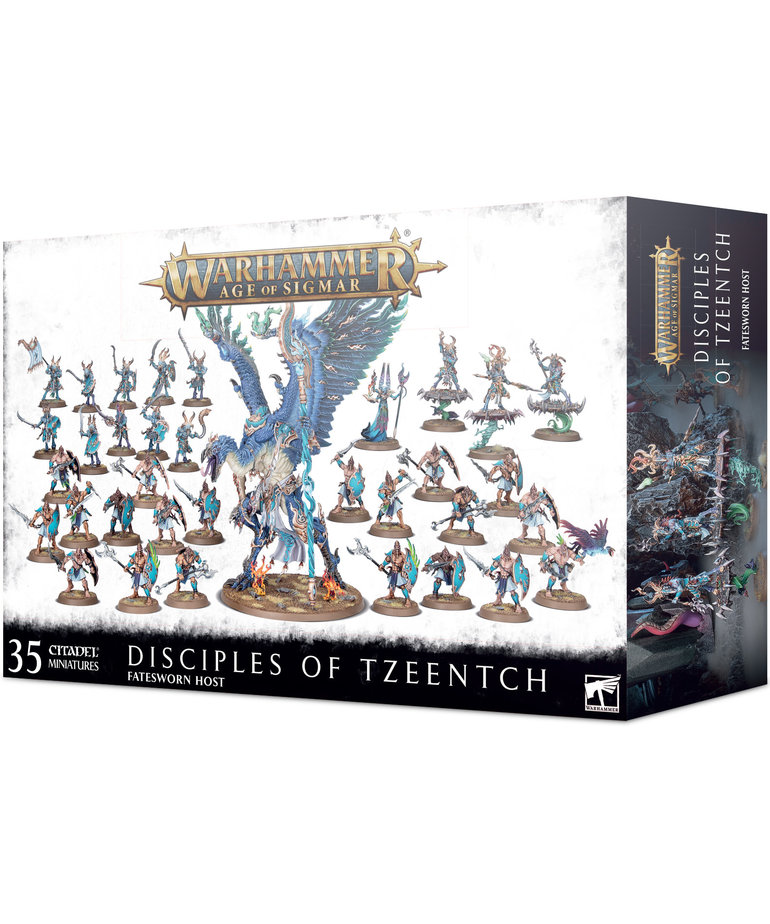 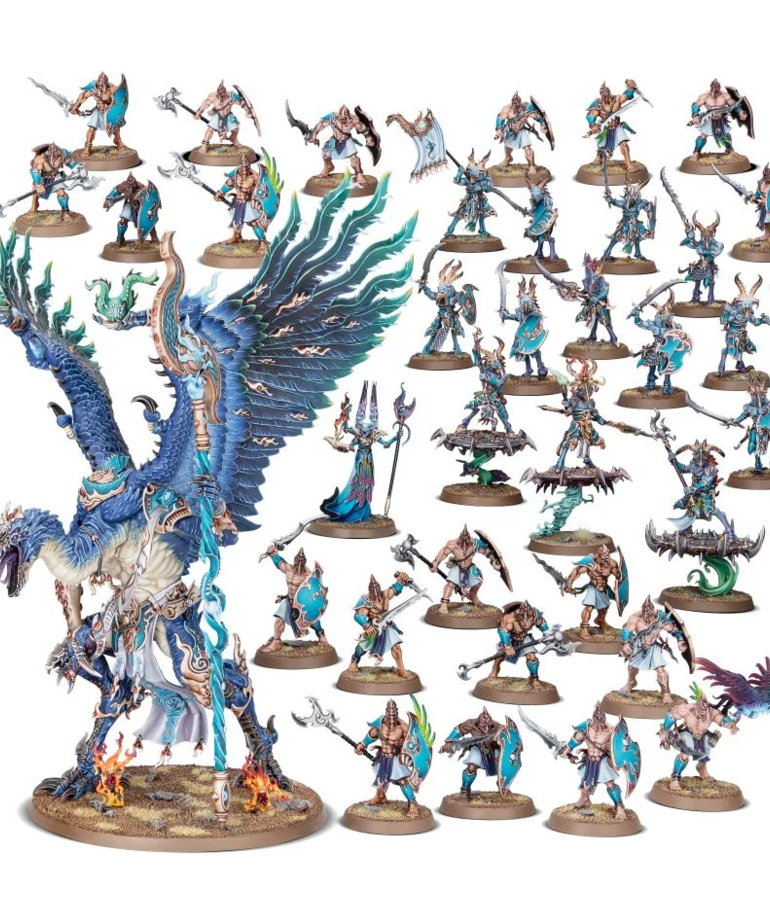 A Fatesworn Host is a gathering of Tzeentch's most diabolical disciples, an army of mortals and daemons who twist the threads of casuality to their own design. The Lords of Change and Gaunt Summoners are amongst the most terrible of the Architect of Fate's servants, unleashing blasts of kaleidoscopic magic that wreathe the foe in volatile wyrdfire. The few survivors of these arcane barrages are soon immolated by the sorcerous bolts of the masked Kairic Acolytes, or else set upon and torn apart by packs of savage, shrieking Tzaangors.

Tzeentch’s might is yours to master with the Fatesworn Host – a massive battleforce set that’s perfect for starting or expanding a Tzeentch army. Inside, you’ll find the makings of a vast force, giving you a fantastic point to expand out from, all for less than you’d pay getting the models separately. Lead your forces with a Lord of Change and Gaunt Summoner while shattering enemies with formations of Kairic Acolytes and Tzaangors.

Contents:
- 1 Lord of Change - a massive, magical Greater Daemon perfect for commanding your forces that can also be built as the two-headed mad seer known as Kairos Fateweaver
- 1 Gaunt Summoner - a master of sorcery capable of summoning daemons and incinerating enemies.
- 20 Kairic Acolytes - the frontline troops of the Disciples of Tzeentch, dangerous at any range and capable of offering magical support. Each can be equipped with a choice of weapons, and the kit comes with a variety of accessories for personalizing and upgrading your models.
- 10 Tzanngors - twisted, braying beastmen who make for savage warriors in close combat. Each can be armed with a choice of weapons, with option upgrades for banner bearers, mutants, champions, and musicians.
- 3 Tzaangor Enlightened - champions of Tzeentch who use their discs to get into combat at incredible speeds. These can also be built as lethal long-ranged Tzaangor Skyfires.
- This set is supplied in 444 plastic components and comes with 1 100mm Round Base, 4 40mm Round Bases, and 30 32mm Round Bases