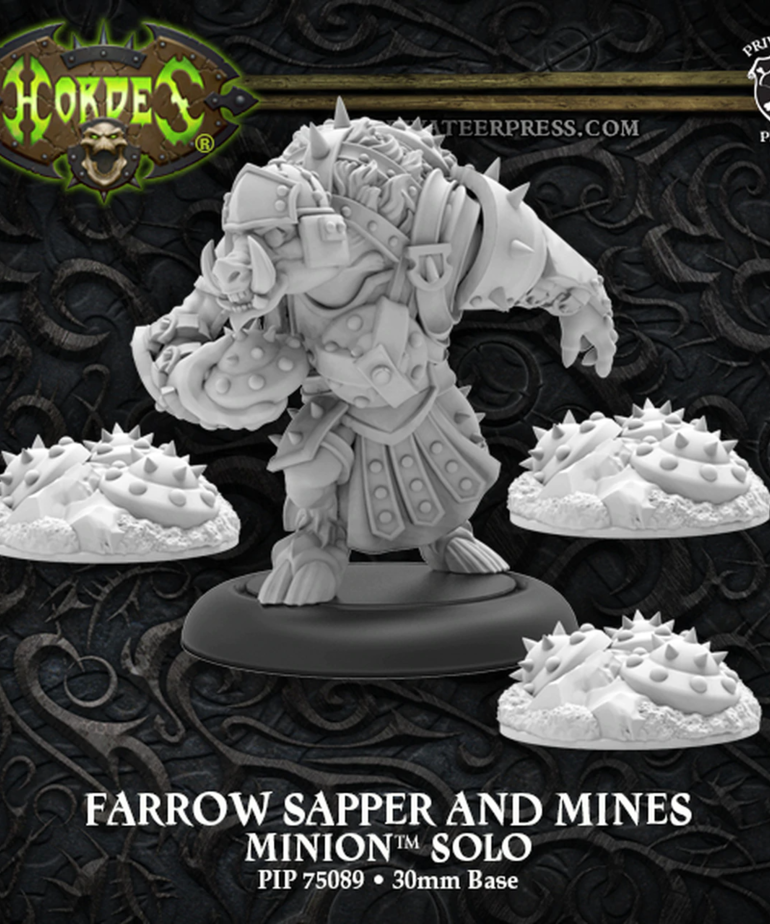 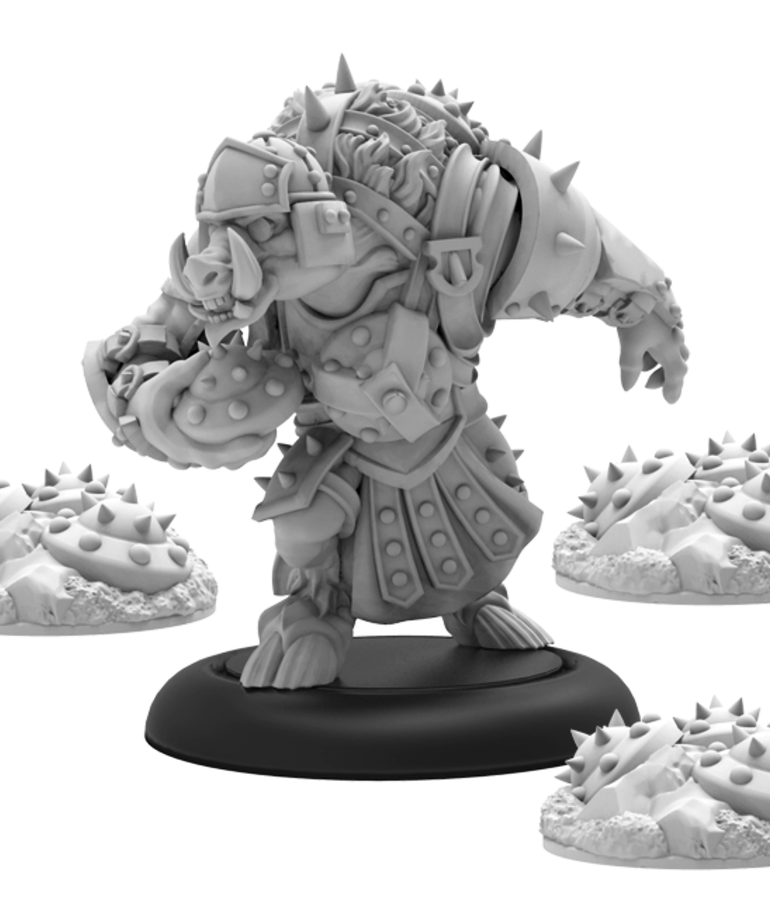 The farrow have joined Brigadier General Gunnbjorn’s military crusade against the infernal invaders both in the name of their goddess and because the alliance affords them access to all manner of modern weaponry. What the farrow lack in discipline, they make up for with reckless ingenuity; the farrow sapper is an excellent demonstration of this quality.

Farrow sappers sneak onto battlefields, planting mines in preparation for the enemy’s advance. When the battle commences, the sappers rush out of their hiding burrows with satchels full of more explosive mines, ready to be planted mid-combat. Sappers feel no fear as they charge an enemy soldier with a pair of mines in their hands, regrettably confident that their blast helmets will keep them safe even as they toss explosives at point-blank range.

The Farrow Sapper allows a player to disrupt their opponent’s movement before the game even begins. Each Sapper comes with three mine markers, one of which can be placed on the battlefield before either player takes their first turn. Once the Sapper does Ambush in the fight, they can plant more mines or even throw them at nearby enemies. Even if a Sapper is killed in combat, the mines they have planted can still be detonated by a player later in the game.