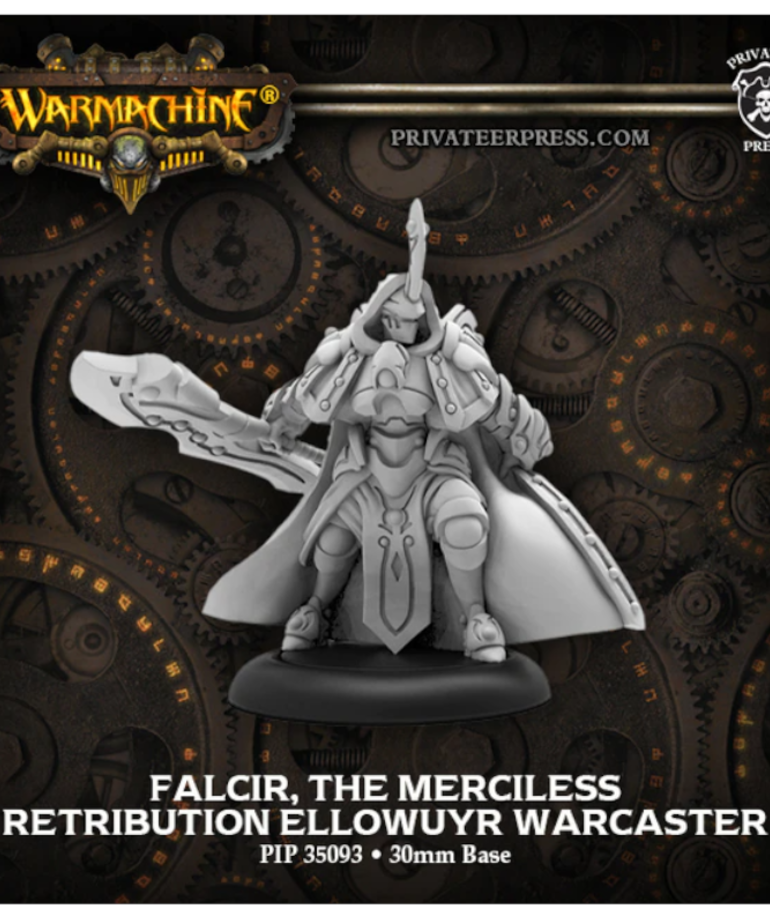 0 reviews
Add your review
- Falcir, The Merciless is a Retribution warcaster that brings a new style of gameplay both to Retribution and to WARMACHINE as a whole
- Falcir herself is a melee powerhouse
0 In Stock
Add to wishlist / Add to compare / Print

House Ellowuyr of Ios is known for a great many noble reasons, such as the quality of the soldiers they produce or their unique style of armor. Falcir herself is neither well known nor noble, but she is one the House’s most powerful assets. Those who know of her call her “The Merciless,” but these words do not do justice to the true nature of this warcaster. Falcir is House Ellowuyr’s executioner, and she is brutally exceptional at the task.

Falcir is no simple headsman. She is an executioner of individuals, ideals, organizations, and even armies, and she is called to duty when every hint of a threat must be removed or when a point must be made to the enemies of Ios. She does not accept surrender from foreign soldiers nor does she allow them to flee. To face her is to face one’s own meticulously planned and inevitable demise. Falcir calculates every angle of a conflict, every possible outcome, and ensures her forces have a plan to deal them swiftly.

When battle ensues, Falcir’s force of will manifests as strange symbols, “bounties” that hover over her foes, marking them for death. In no more than the blink of her eye, these symbols will shatter, unleashing all manner of arcane mayhem onto those marked, all as Falcir had planned. 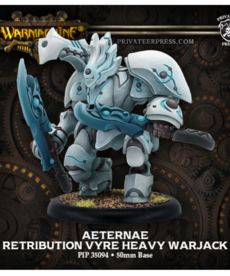 out of stock
Add to wishlist
Add to compare
Quick view
-20%
Aeternae - Heavy Myrmidon
- Aeternae warjacks are heavy-hitting Vyre-style warjacks with a powerful armor-piercing ranged attack
- Works well with any warcaster in the Faction but have particularly good synergy with warcasters that can amplify the power of their Shatter Cannon
$31.99
$39.99 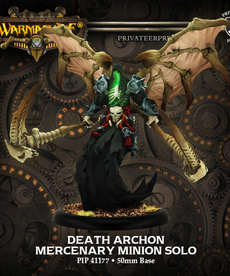 Add to cart
Add to wishlist
Add to compare
Quick view
-20%
Death Archon - Minion Solo
- Death Archons are unlike other Archons in that they collect corpses and do not protect the souls of friendly models
- Can utilize corpses it collects to increase its own damage output, mobility, or to reduce the damage of enemy models near it
$31.99
$39.99
Please accept cookies to help us improve this website Is this OK? Yes No More on cookies »