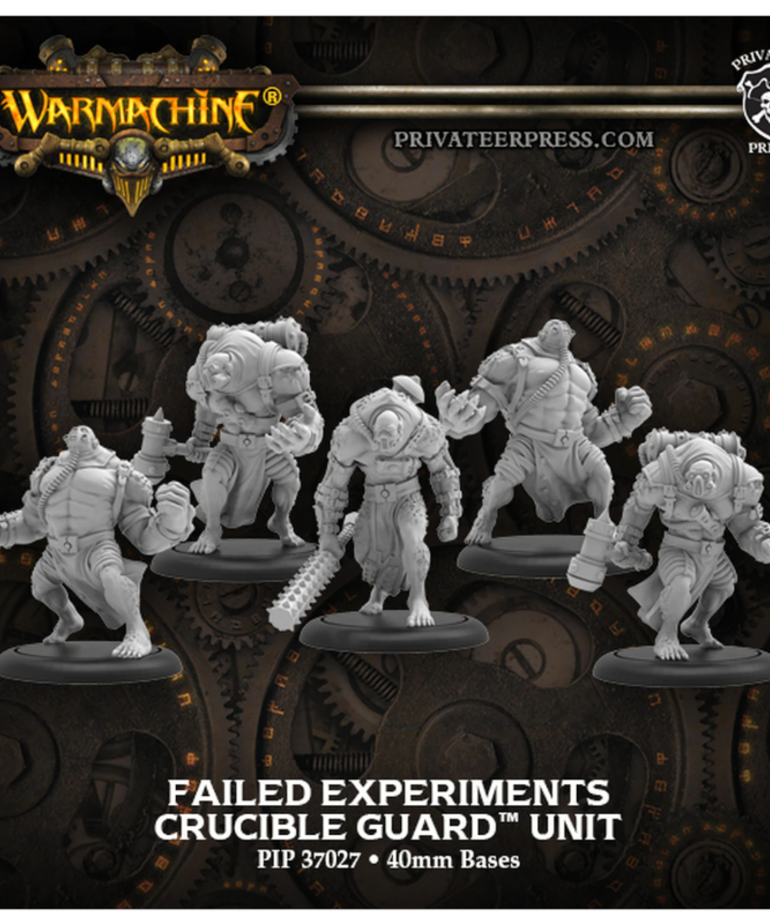 0 reviews
Add your review
- Failed Experiments are a unit of melee monsters for the Crucible Guard.
- Primarily focus on getting to the enemy as quickly as possible, then ripping and tearing them apart.
0 In Stock
Add to wishlist / Add to compare / Print

Alchemy can be a messy art, a fact known better by the Golden Crucible than many other scientists of the Iron Kingdoms. One does not simply turn lead into gold without a few accidents along the way. The Crucible Guard is not shy when it comes to human experimentation, which has led to several messy “failures” over the years.

Not every failed human experiment is disintegrated in the process or reduced to a sentient mass of quivering flesh. Some failed experiments grow bestial, monstrous, and highly effective at causing destruction among the enemy ranks. Like faithful canines, these failed experiments are given simple commands and sent howling at the foes of the Crucible Guard where they will cause unimaginable havoc. Whether they live or die in the process is irrelevant, as this secondary experiment is almost always a smashing success.

Failed Experiments are a unit of melee monsters for the Crucible Guard. Their primary focus is to get to the enemy as quickly as possible, then rip and tear them apart. Players can adjust several stats of the Failed Experiments each turn with their Chemical Imbalance rule, allowing the player to make the unit faster, stronger, or more accurate turn to turn. Once the Experiments engage, their multiple vicious melee attacks and Chain Attack: Smite will cause a great deal of damage. Warcasters that can further amplify this unit’s base stats and hitting power, such as Aurum Adeptus Syvestro (PIP 37002) or Marshal General Baldwin Gearhart (PIP 37015), work excellently with the Failed Experiments. 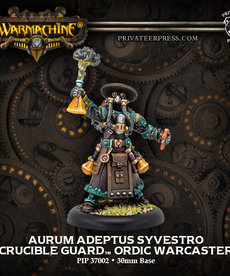 Add to cart
Add to wishlist
Add to compare
Quick view
-20%
Aurum Adeptus Syvestro (Syvestro 1)
- Syvestro represents the ideal blend of alchemist and soldier. His demeanor is serious, and he does not succumb to fanciful obsessions over every new alchemical discovery, preferring to keep his work pragmatic and focused on advances in military alchemy.
$11.99
$14.99 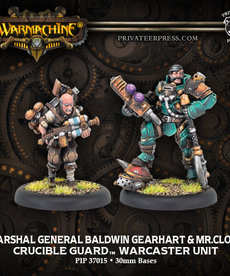 Add to cart
Add to wishlist
Add to compare
Quick view
-20%
Marshal General Baldwin Gearheart & Mr. Clogg (Gearhart 1)
- Gearhart has dragged his assistant across the Iron Kingdoms and into the wild yonder beyond the civilized world on countless hunting expeditions, and now he delights in knocking Khadorans around the battlefield in occupied Llael.
$20.79
$25.99
Please accept cookies to help us improve this website Is this OK? Yes No More on cookies »