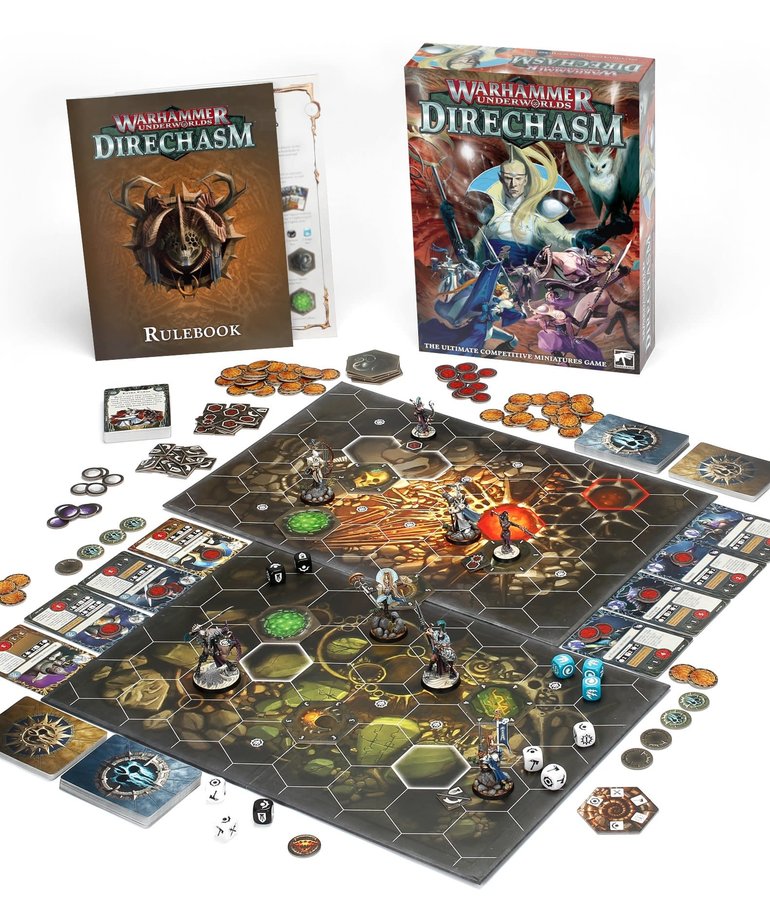 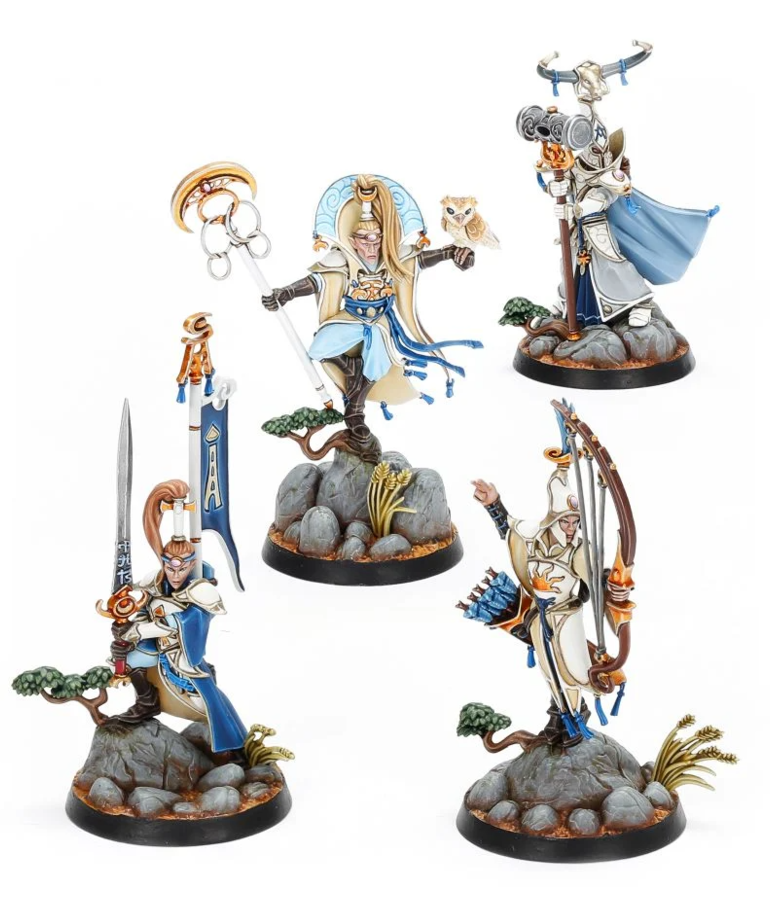 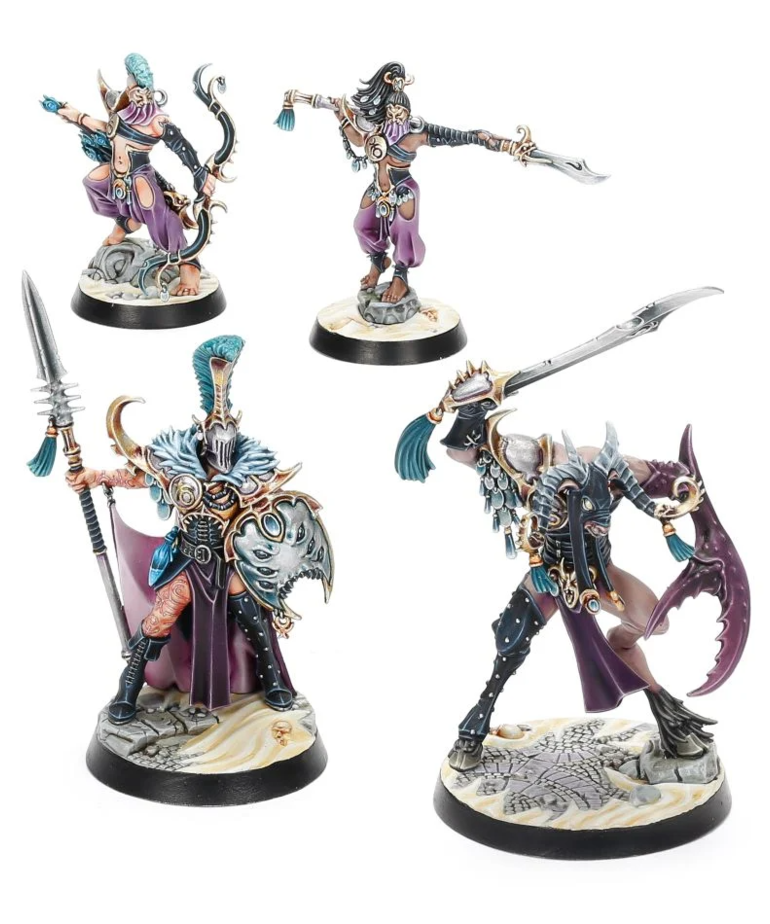 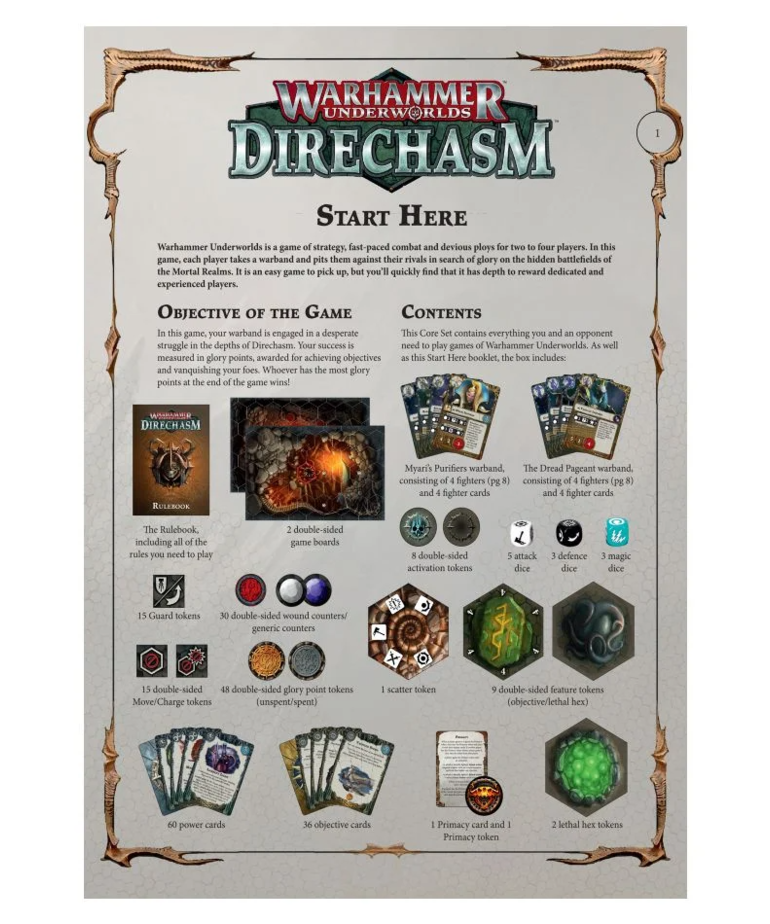 0 reviews
Add your review
- Perfect for new and experienced players alike
- Get two warbands and play out of the box with pre-built decks
- Expand your game with boards, universal cards, accessories and more
0 In Stock
Add to wishlist / Add to compare / Print

In the shadow of a living mountain, two warbands clash to see which one will be the hunter and which one will be vanquished. While they make both have come to Beastgrave with different goals in mind, now they simply fight for survival and glory within Direchasm.

Enter the ultimate competitive miniatures game with the Warhammer Underworlds: DIrechasm core set. Inside, you'll find everything you need to start gaming in the depths of the part of Beastgrave known as Direchasm, with dice, models, cards and more.

Whether you're a new player looking to start your journey, or a veteran gamer looking to update your game for Season 4, this set is a must-have.