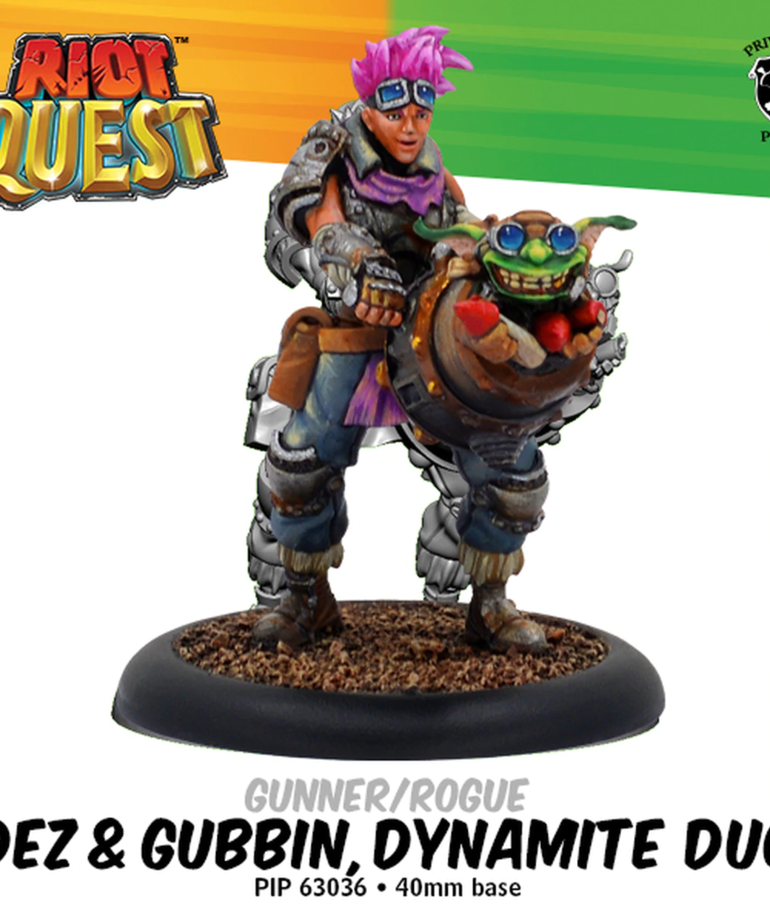 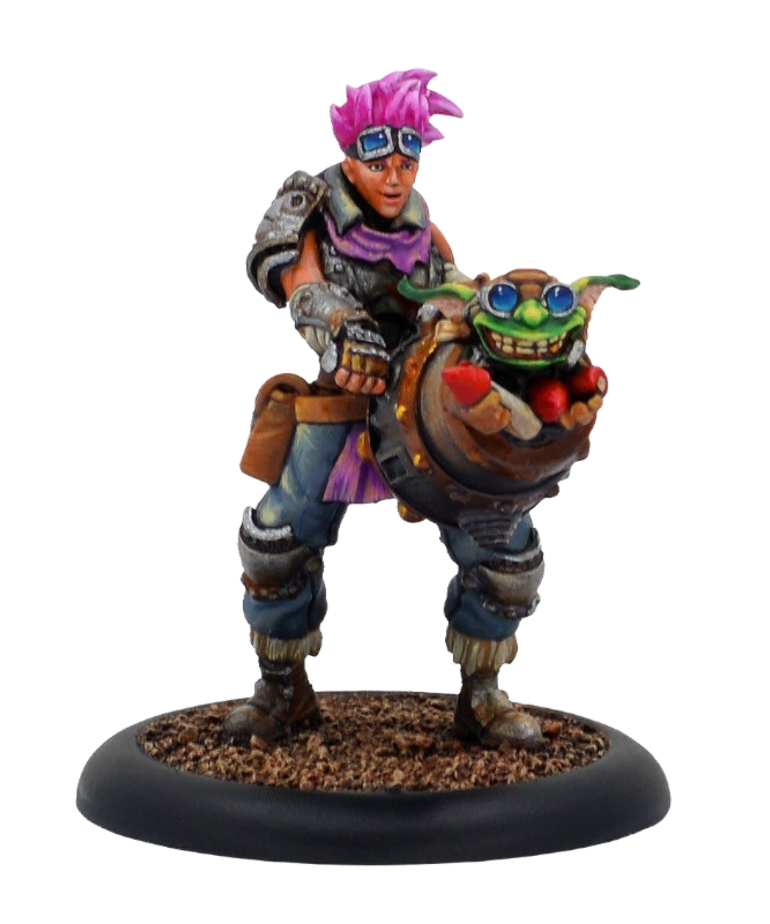 0 reviews
Add your review
- Dez & Gubbin are a tag-team Hero, meaning they count as a single Hero on a player’s Crew but have two distinct Hero Classes at once: Gunner & Rogue.
0 In Stock
Add to wishlist / Add to compare / Print

Gubbin grew jealous watching his sister, Flubbin, fly above the ruins in her tiny air balloon, mocking him as she dropped bombs on their enemies. Gubbin wanted to fly, too, so he did the only reasonable thing a mostly deranged gobber would do: he asked his friend to fire him out of a cannon.

Dez, being Dez, didn’t mind at all and was happy to help the little lunatic learn the hard way why his plan was a very bad idea. To her surprise, his plan actually worked! The two heroes now work in tandem as Dez loads Gubbin (and all his explosives) into her mortar and fires him above (and into) the heads of their enemies. Somehow, Gubbin always manages to survive, scampering back to Dez for another round.

Dez & Gubbin are a tag-team Hero, meaning they count as a single Hero on a player’s Crew but have two distinct Hero Classes at once. As a Gunner/Rogue Class Hero, Dez & Gubbin can sneak between enemies and then fire accurate explosive shots into their foes, thanks to the Aim ability. If the dice go well, their Kaboom! ability will send enemies flying all over the Arena.

This model is also playable in WARMACHINE & HORDES as a Mercenary Minion solo that will work for Crucible Guard, Cygnar, Khador, the Protectorate, Circle, and Trollbloods.