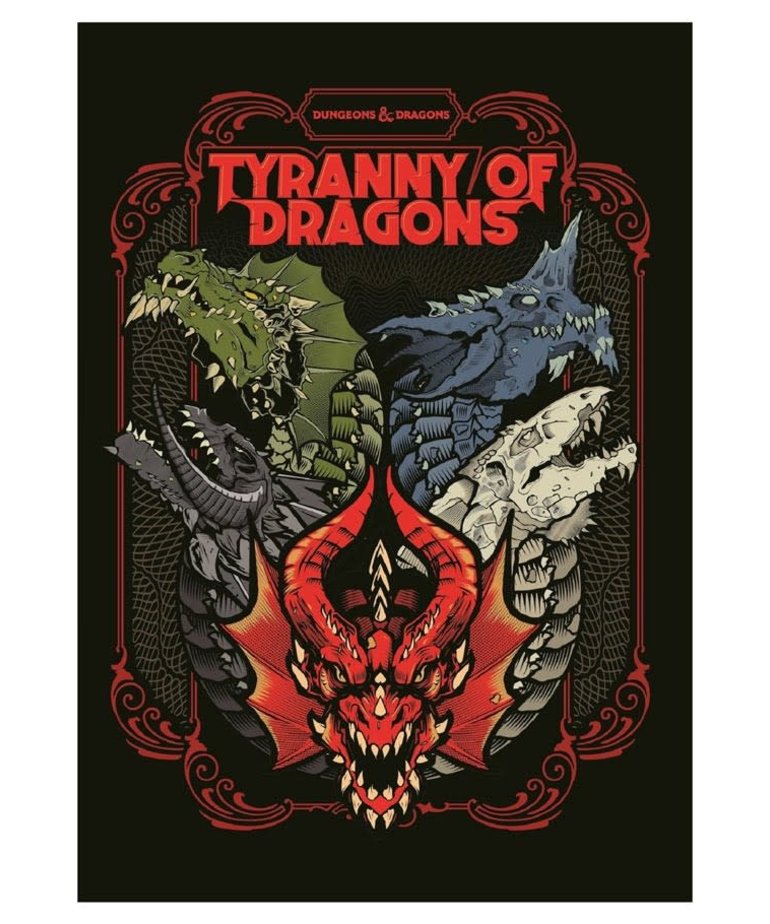 Avert the cataclysmic return of Tiamat in this adventure for the worldâ€™s greatest roleplaying game.

In an audacious bid for power, the Cult of the Dragon leads the charge in an unholy campaign to bring Tiamat back to FaerÃ»n. Alongside their dragon allies and the Red Wizards of Thay, they sweep from town to town, laying waste to all those who oppose them and gathering a hoard of riches for their dread queen.

The threat of annihilation has become so dire that groups as disparate as the Harpers and Zhentarim are banding together to fight the cult. The heroes must succeed, or FaerÃ»n will succumb to draconic tyranny. In the end, the world will never be the same.

Key Features:
_x000D_ - Two adventures (Hoard of the Dragon Queen and The Rise of Tiamat) are bound together with a fresh new cover with spectacular art by Hydro74.
_x000D_ - Features concept art providing insight into the creative process when crafting this fantastical adventure.
_x000D_ - Complete with errata and a reworked opening chapter.