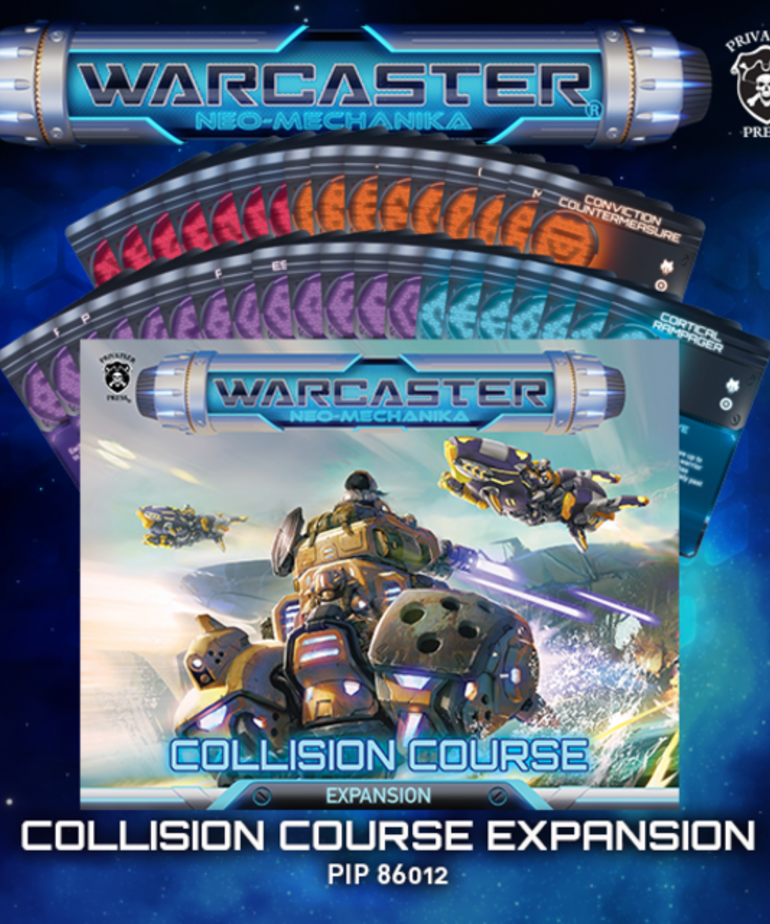 Collision Course is the first expansion for Warcaster: Neo-Mechanika, taking battles over the Thousand Worlds to the next level with new Faction Cypher cards to allow increased customization choices for your rack, new scenarios, expanded lore, and more!