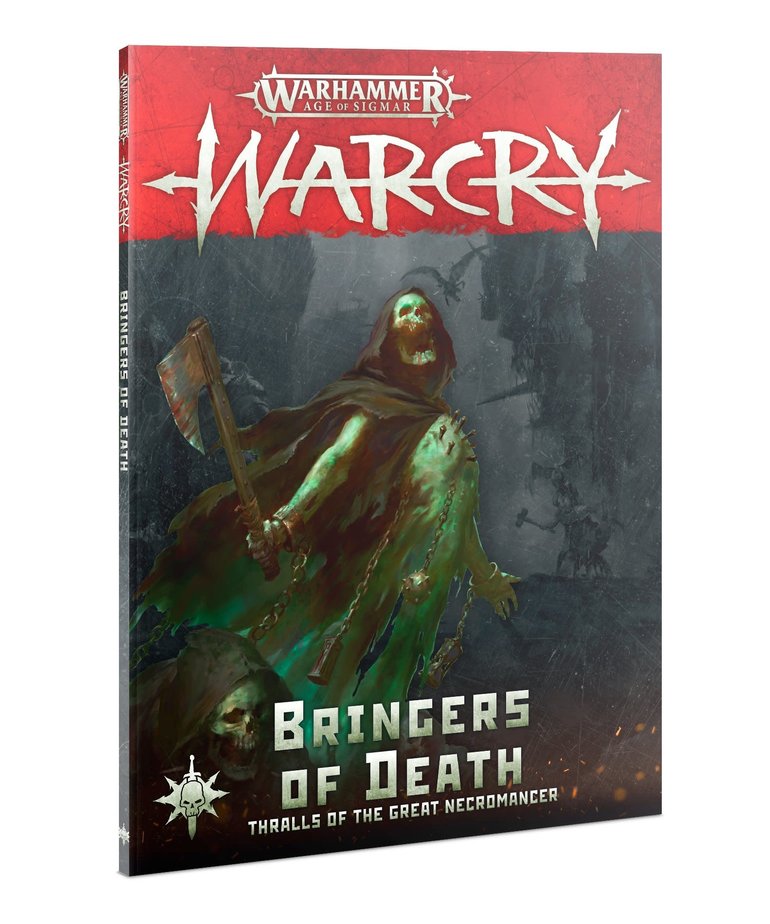 0 reviews
Add your review
- An essential guide for bringing the forces of Death to Warcry
- Full rules and profiles for nearly every model in Grand Alliance: Death
- New challenges and fresh ways to play, including updates for Allies and Monsters
1 In Stock
Add to wishlist / Add to compare / Print

Death stalks the Bloodwind Spoil. Nagash’s gaze turns towards this nightmare realm of slaughter and butchery, and he sends his midnight armies to claim the souls that he believes are rightfully his. Perhaps smaller warbands will succeed where his invasion has failed. Even now they chip away at the domains of the living with the cold patience of the grave, taking what land they can and replacing the madness with the unmoving, unchanging, unfeeling calm of the dead – in the name of the Great Necromancer.

Bringers of Death is the essential guide to commanding the forces of Grand Alliance: Death in games of Warcry. Four large warbands are detailed in full, from the ethereal Nighthaunt to the disciplined Ossiarch Bonereapers. You’ll find loads of new fighter cards, background tables, Fated Quests, and Challenge Battles – in short, everything you need to play the forces of Death in full campaigns.

Contents:
- Full rules for the following warbands: Flesh-eater Courts, Legions of Nagash, Nighthaunt, and Ossiarch Bonereapers.
- Fighter cards for nearly every model available to the Grand Alliance: Death ranges.
- Rules for two Monsters of Death: Terrorgheists and Zombie Dragons.
- Refined rules to include Monsters in your warband, as well as new abilities to use against them!
- New rules for warbands with mixed Faction Runemarks under the same Grand Alliance and more than one Leader.
- Tables for warrior names, warband origins, and leader backgrounds.
- 4 Death Fated Quests, including Spoils of Victory tables for both Honour and Glory.
- 6 Death Challenge Battles, including special rules and valuable Spoils.