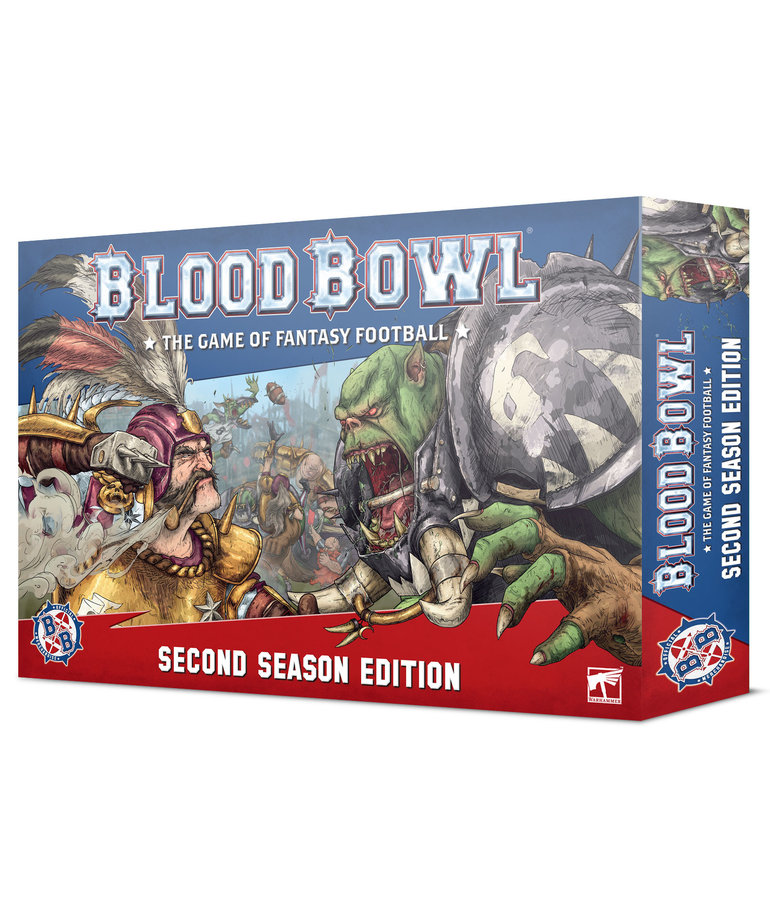 0 reviews
Add your review
- Meet your rivals across the Line of Scrimmage in the ultimate test of guts and athletic skill
- Get two fully-loaded teams, complete with Star Players and Big Guys right out of the gate
- Streamlined and updated rules make for the most exciting versio
2 In Stock
Add to wishlist / Add to compare / Print

Hello again, sports fans! Blood Bowl – the legendary game of fantasy football – returns for a new season of ultra-violent sports mayhem. The plays are bigger, the hits are harder, and every game will be filled with moments to remember.

As the coach of an Imperial Nobility or Black Orcs team, it’s up to you to guide your players through each play, each game, and each season to ultimate victory.

No two matchups are the same. From the moment your team stomps out on the gridiron, your grit, wits, and capacity for grievous violence is put to the test. The action’s fast and furious, but if you keep your head in the game you just might best your opponent and score the most points – or make sure they can’t get back up to stop you. Fame, wealth, and glory await if you win…

This box is stuffed with absolutely everything you need to play smashing games, with two generously-appointed teams and all the extra gubbins.