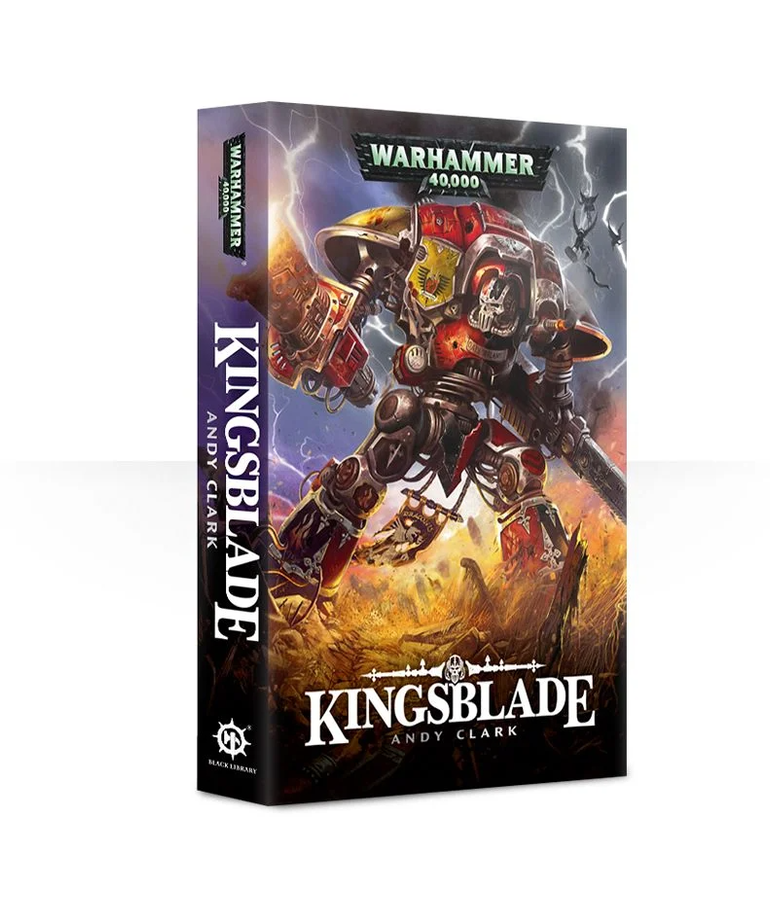 0 reviews
Add your review
- Two novice Knight pilots against an entire world of enemies – sounds like a story for the ages.
1 In Stock
Add to wishlist / Add to compare / Print

When a tragedy occurs and an Imperial retribution force is shattered, two young Imperial Knight pilots must work together and learn the ways of war if they – or the world of Donatos – are to survive.

READ IT BECAUSE
It's war on a larger scale – Imperial Knight scale! Two novice Knight pilots against an entire world of enemies – sounds like a story for the ages.

THE STORY
The Knight Houses of Adrastapol are both noble and righteous, and when the Imperial world of Donatos falls to the heresy of the Word Bearers, they are foremost in the vanguard to retake it. Led by High King Tolwyn Draconis, the Knights are peerless in battle and strike deep into the enemy’s ranks. But the war soon turns when a terrible tragedy strikes, casting the Imperial campaign into anarchy. As desperation grows, unblooded Knights Errant Danial and Luk must quickly learn the ways of war to prevent an unholy ritual or Donatos will be lost and all the noble Houses of Adrastapol with it.