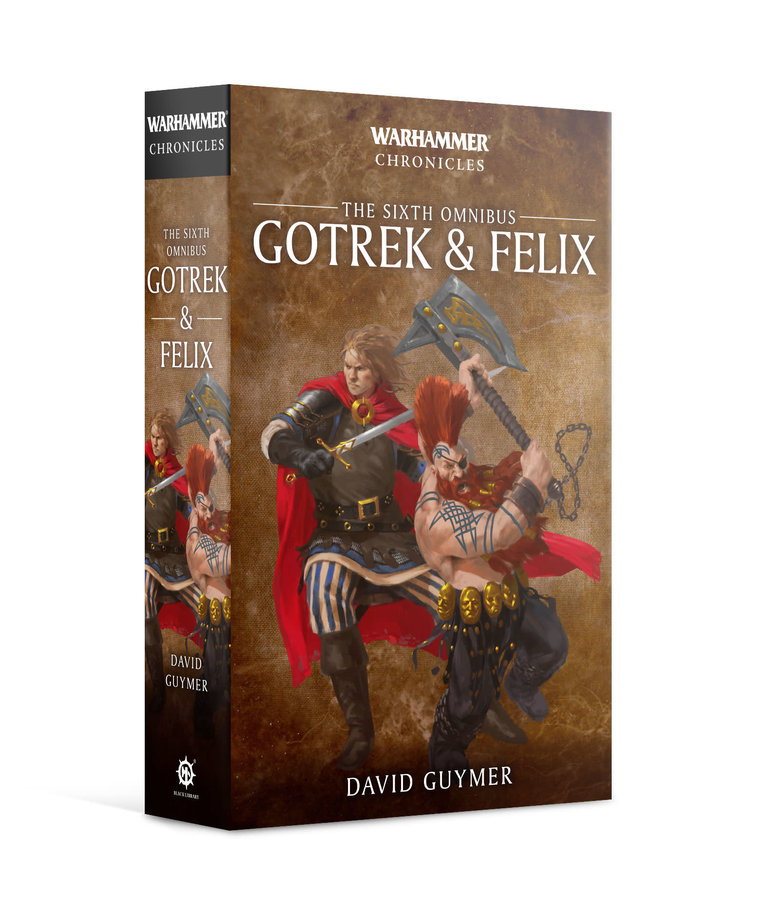 Comprising City of the Damned, Kinslayer, and Slayer, plus the short story ‘Rememberers’, the sixth Gotrek and Felix omnibus relates the adventures of the legendary pair during the final days of the World-that-Was. After a series of heartbreaking betrayals, the friendship of the unlikely duo hangs by the narrowest of threads, even as Gotrek’s inevitable doom approaches.

As the world burns around them, Gotrek and Felix are reunited to face enemies old and new. The truth of Gotrek's ancient shame is revealed, and he faces his true destiny as Grimnir's avatar in the mortal world… but tragedy awaits these heroes.

READ IT BECAUSE
All good things must come to an end… even the adventures of the Old World's most infamous wanderers. Experience the last battles of Gotrek and Felix, packed with revelations, betrayals, and the end of the world!

DESCRIPTION
For many long years, Felix Jaeger has followed the Slayer, Gotrek Gurnisson, across the world. Their adventures have been extraordinary, their heroic partnership the stuff of legends. Now it ends.

With their friendship in tatters after a series of betrayals, the pair march south at the head of a ragtag army, intent on driving the forces of Chaos out of the Empire and returning Felix to his wife. But Gotrek’s doom is at hand, and great powers are at work to ensure that he meets it. With enemies on all sides and destiny calling, Felix must make a choice – to follow Gotrek into the darkness that awaits him or to abandon his oldest friend once and for all.

Collecting the final adventures of the wandering heroes across three novels and a short story, Gotrek & Felix: The Sixth Omnibus is packed with fantasy adventure.