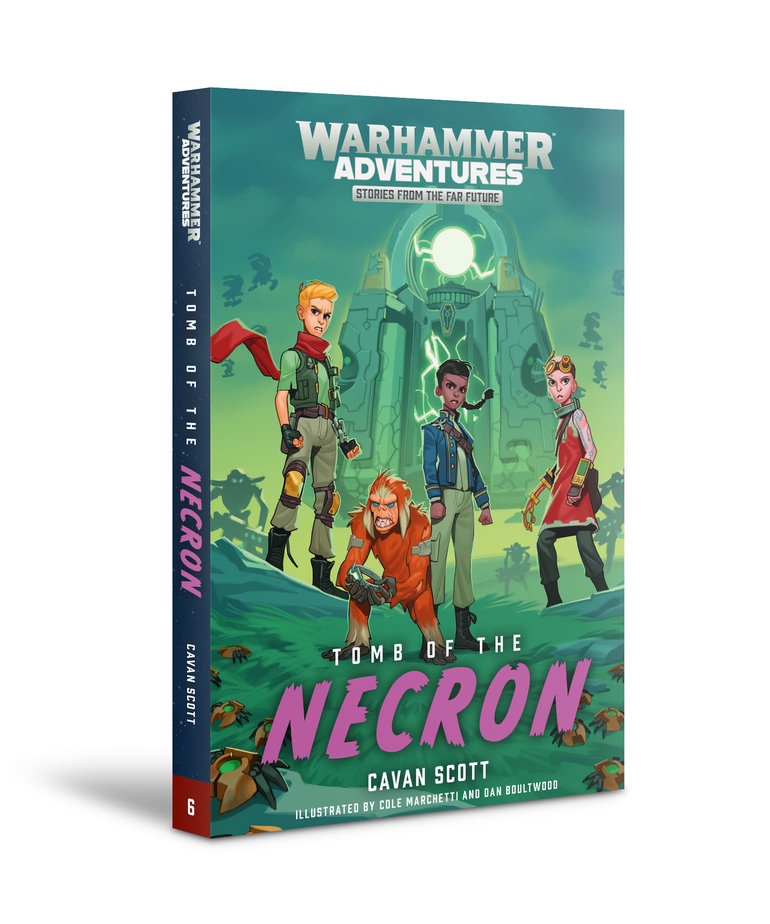 0 reviews
Add your review
- Warped Galaxies Book 6
- Written by Cavan Scott
- The series concludes with a reunion - and all-out war!
1 In Stock
Add to wishlist / Add to compare / Print

Zelia and her friends are reunited with her mother after a galaxy-spanning quest, but a relic they carry draws an alien army who will destroy the planet to get it. Can the intervention of the Space Marines can save them?

READ IT BECAUSE
It’s the conclusion of the galaxy-spanning series, ending with a titanic clash between iconic factions in the Warhammer 40,000 universe.

THE STORY
Guided by the vision of a mysterious psyker, Zelia finally finds her mother on a distant world, far from Terra. But even now, are the friends really safe while they carry the ancient relic that led to the destruction of Talen’s home planet? A family is reunited, but a world will be ripped apart as the unstoppable Necrons close in on their prize. Warped Galaxies reaches its exciting conclusion as loyalties are tested, destinies are set, and the Space Marines arrive in force!