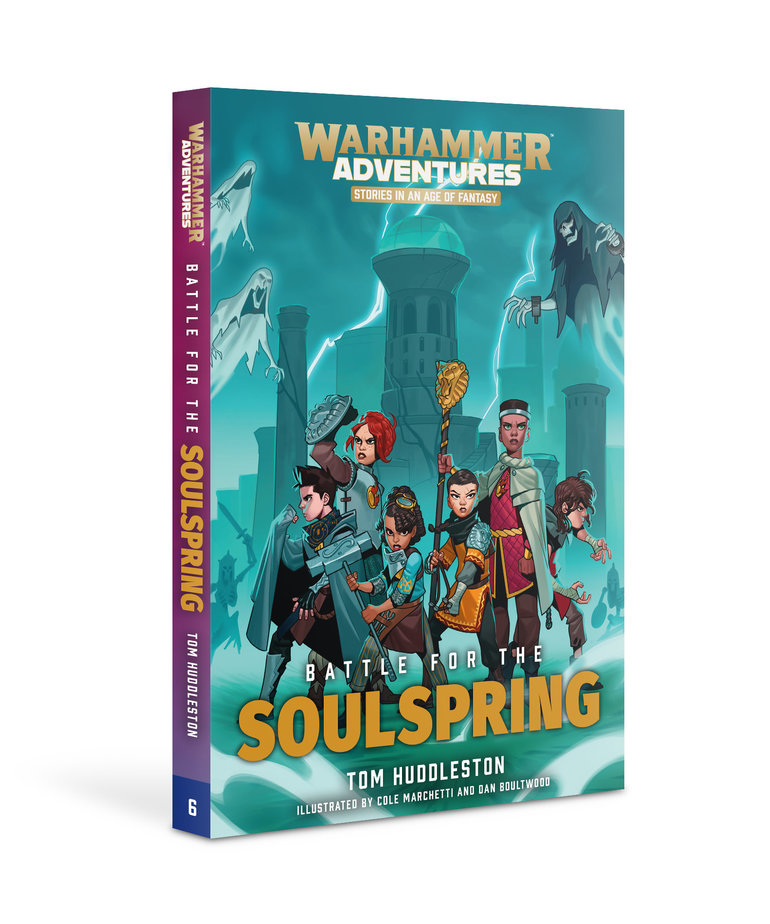 Kiri and her friends must work together, and seek aid from outsiders, to defend the Soulspring from an undead sorceress. The key to their success lays in the mysterious marks they all bear.

The realm-spanning series for young readers comes to a conclusion, as the forces of Life clash with the titanic power of Death.

THE STORY
The city of Lifestone is under siege! A dark army under the command of the undead sorceress Ashnakh swarms outside the city walls, awaiting her order to attack. The only ones who can stop her are six brave children, each of them marked with a symbol of the Mortal Realms, each sworn to defend Life against the forces of Death.

Now, Kiri and her friends must learn the truth about Lifestone and why they bear these peculiar marks. They must call on strange and untrustworthy allies to help them in their hour of need. And finally, they must join together to defend the mysterious Soulspring, if they are to defeat Ashnakh once and for all.