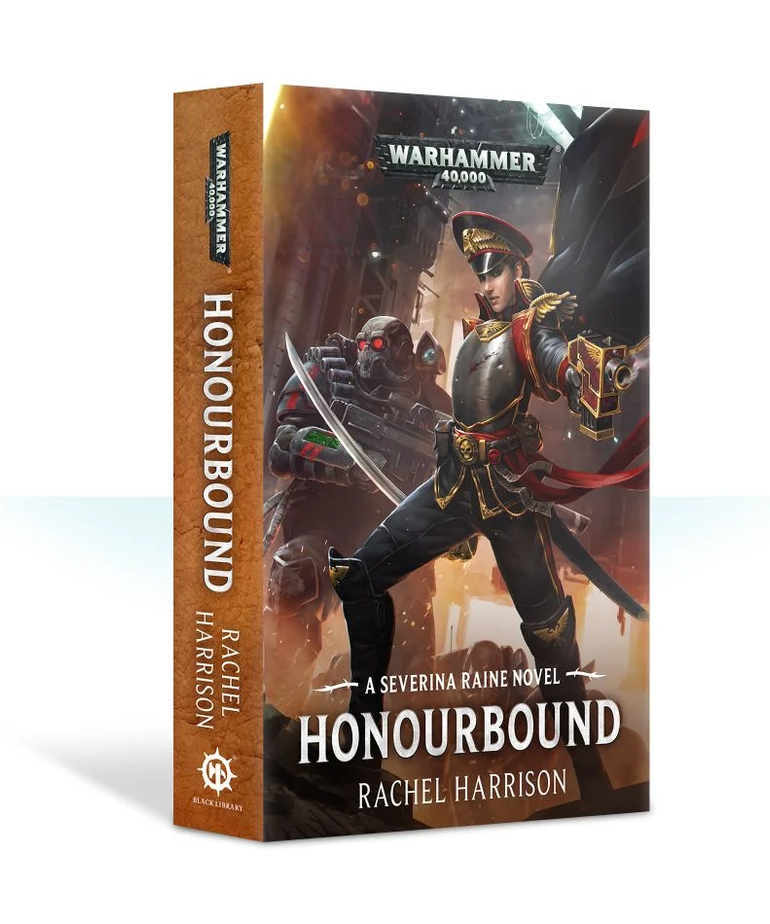 0 reviews
Add your review
- Severina Raine stars in her first novel!
- The debut novel by Rachel Harrison
- A tale of the Astra Militarum fighting Chaos
1 In Stock
Add to wishlist / Add to compare / Print

Commissar Severina Raine and the 11th Antari Rifles fight to subdue the spreading threat of Chaos burning across the Bale Stars. Little does Raine realise the key to victory lies in her own past, and in the ghosts that she carries with her.

READ IT BECAUSE
The hero of a series of short stories returns in her first full-length novel – and it's as grim, dark and brilliantly written as you'd expect from Rachel Harrison.

THE STORY
Uncompromising and fierce, Commissar Severina Raine has always served the Imperium with the utmost distinction. Attached to the 11th Antari Rifles, she instills order and courage in the face of utter horror. The Chaos cult, the Sighted, have swept throughout the Bale Stars and a shadow has fallen across its benighted worlds. A great campaign led by the vaunted hero Lord-General Militant Alar Serek is underway to free the system from tyranny and enslavement, but the price of victory must be paid in blood. But what secrets do the Sighted harbour, secrets that might cast a light onto Raine’s own troubled past? Only by embracing her duty and staying true to her belief in the Imperium and the commissar’s creed can she hope to survive this crucible, but even then will that be enough?