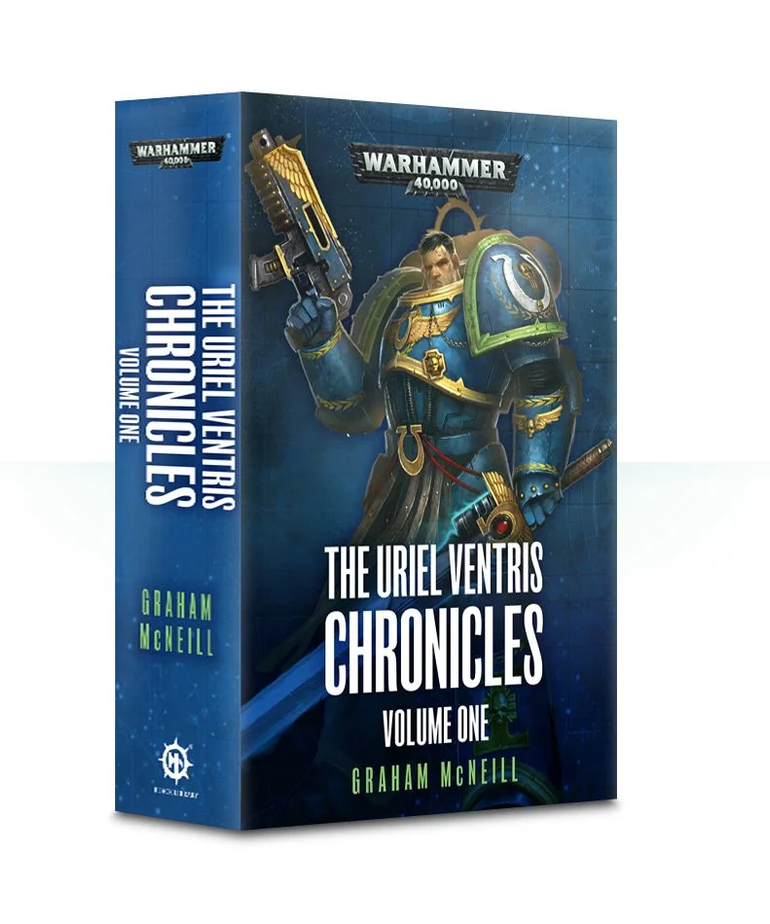 Uriel Ventris takes command of the Ultramarines Fourth Company and leads them into danger against drukhari, tyranids and more – and faces his own trials that will test him to his very limits and beyond.

READ IT BECAUSE
From a loyal world in the grip of xenos raiders to the daemon world of the Iron Warriors, Uriel Ventris and his staunch companion Pasanius face horrors untold across three novels and three short stories of Ultramarines action.

DESCRIPTION
The Ultramarines are a byword for loyalty and courage. Their martial prowess is legendary and is second only to the God-Emperor. Graham McNeill's epic trilogy of Ultramarines novels is a masterpiece of non-stop action! Containing the novels Nightbringer, Warriors of Ultramar and Dead Sky, Black Sun, plus connecting short stories, this omnibus follows the adventures of Space Marine Captain Uriel Ventris and the Ultramarines as they battle against the enemies of mankind. From their home world of Macragge, into the dreaded Eye of Terror and beyond, Graham McNeill's prose rattles like gunfire and brings the Space Marines to life like never before.