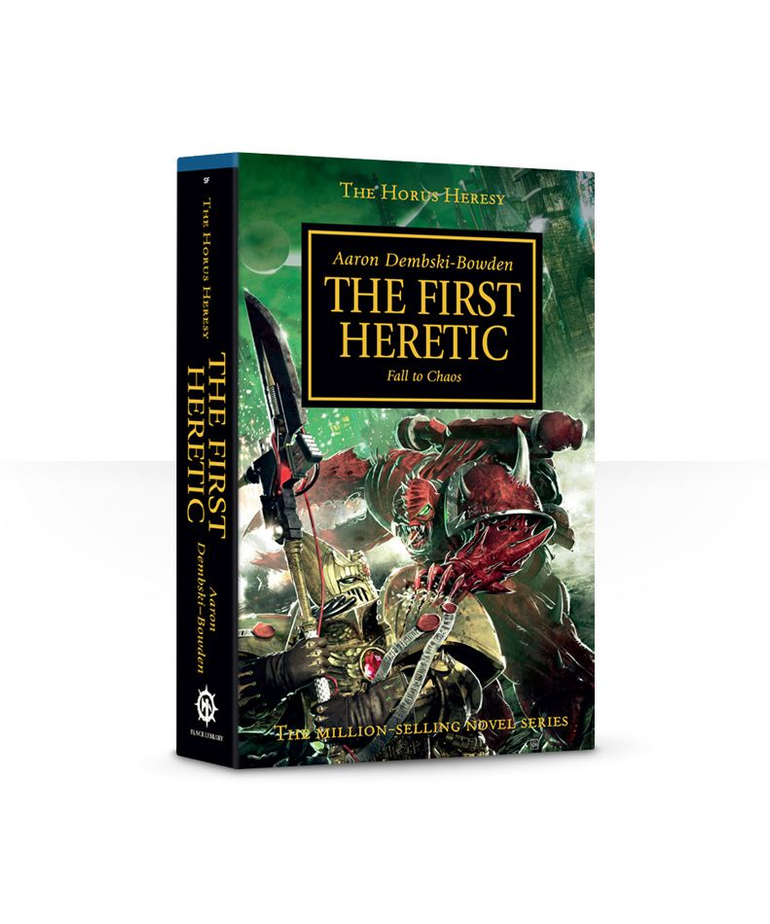 0 reviews
Add your review
- The dramatic backstory to the Horus Heresy is revealed at last.
1 In Stock
Add to wishlist / Add to compare / Print

Chastised by the Emperor, the Word Bearers set out on their own path - one that will eventually lead them to damnation and heresy and plunge the galaxy into war.

READ IT BECAUSE
The dramatic backstory to the Horus Heresy is revealed at last. Discover the manipulations that led to Horus' fall and mankind's civil war. And where does it start? With the Emperor himself forcing an entire Legion to kneel before him in a scene that will stay with you for a long time...

THE STORY
Amidst the galaxy-wide war of the Great Crusade, the Emperor castigates the Word Bearers for their worship. Distraught at this judgement, Lorgar and his Legion seek another path while devastating world after world, venting their fury and fervour on the battlefield. Their search for a new purpose leads them to the edge of the material universe, where they meet ancient forces far more powerful than they could have imagined. Having set out to illuminate the Imperium, the corruption of Chaos takes hold and their path to damnation begins. Unbeknownst to the Word Bearers, their quest for truth contains the very roots of heresy...