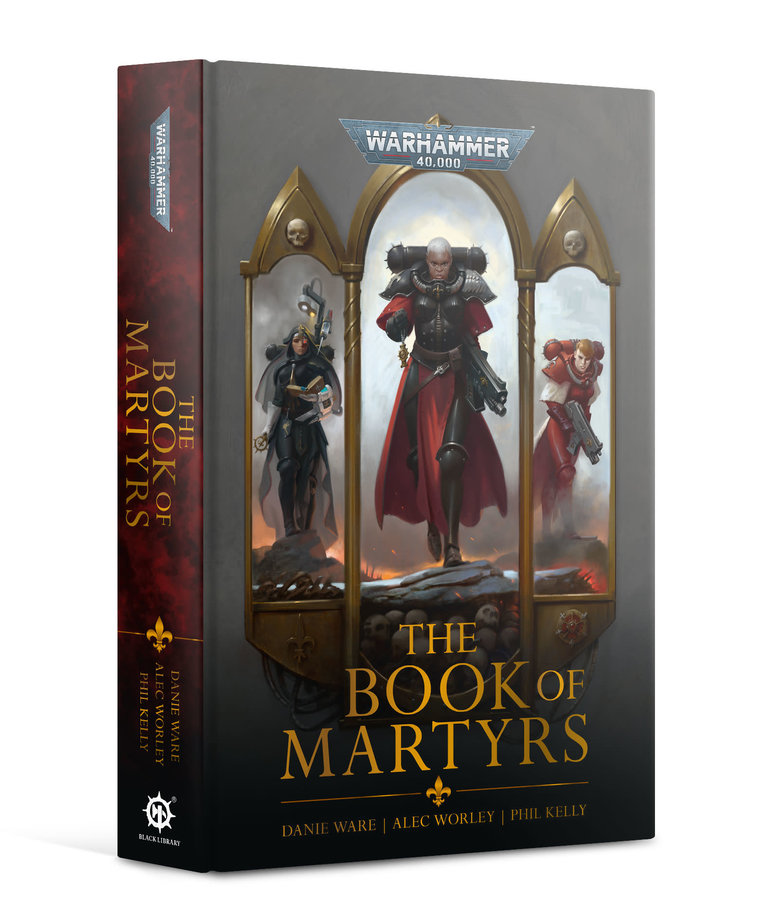 Valorous Heart. Our Martyred Lady. Bloody Rose. These names of Adepta Sororitas orders are famed across the galaxy, as are the Battle Sisters who serve the Emperor's will.

READ IT BECAUSE
The three tales in this volume encompass the bold actions of the Sisterhood across the Imperium as they defend Humanity in the God-Emperor's name.

THE STORY
To die in the name of the God-Emperor of Mankind is to live eternal, and none are more willing to bleed in His name than the Adepta Sororitas – the Sisters of Battle. The Book of Martyrs charts the deaths of these exemplars.

Sister Ishani of the Orders Hospitaller, serving alongside the death-obsessed Valorous Heart, tends to her Ecclesiarchy charges as something inhuman hunts the fields. Sister Anarchia of the Order of Our Martyred Lady, taken captive by the vile T’au Empire, seeks to teach her interrogators what it truly means to be one of the faithful. On a regressed Imperial world, Sister Superior Laurelyn of the Order of the Bloody Rose reinforces the beleaguered defenders against a familiar foe turned anew by the Great Rift.

And in the age of the Indomitus Crusade, with the galaxy split in two, only one thing is certain – there will be no shortage of martyrs to fill the pages of this ancient tome.