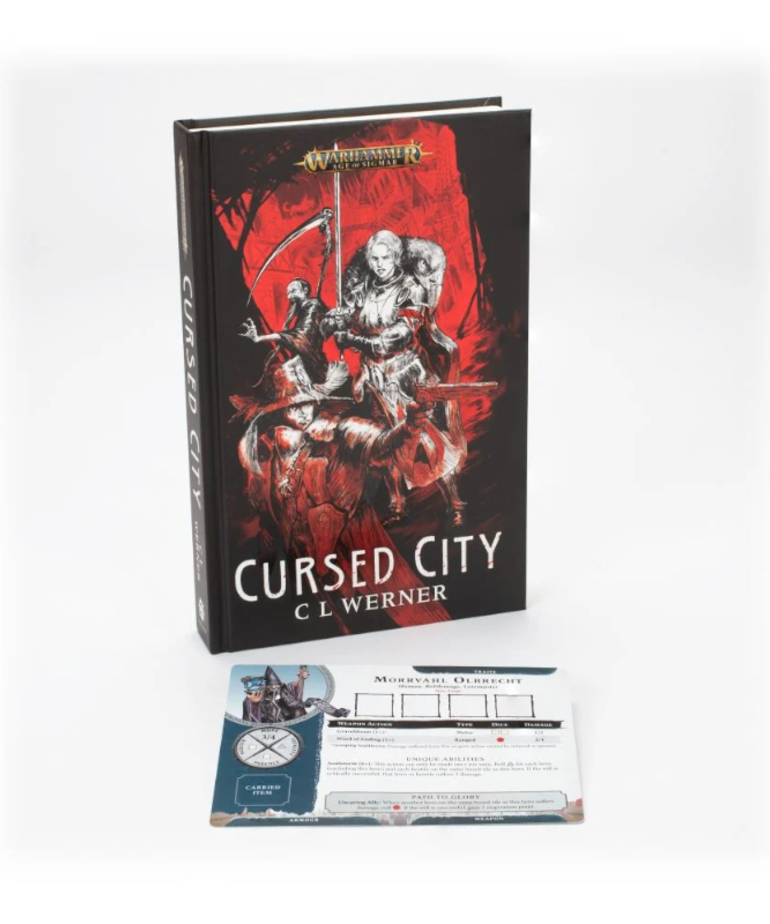 This edition includes a character card to use in the Warhammer Quest: Cursed City game.

When a series of vicious murders rock the vampire-ruled city of Ulfenkarn, an unlikely group of heroes – a vampire hunter, a vigilante, a wizard, and a soldier – must discover the truth even as the city's dread ruler takes to the streets and the bloodletting increases.

READ IT BECAUSE
Delve into the dungeons beneath the city of Ulfenkarn and discover the story behind the board game in this tale of thrilling adventure.

THE STORY
Ulfenkarn is a city of nightmares. Its vampiric rulers have indulged their bloodlust in every shadow-clad alley, turning the once-proud metropolis into a charnel house. Already crushed beneath the tyranny of Radukar the Wolf and his Thirsting Court, a spate of vicious murders plunges the mortal inhabitants into fresh terror. Emerging to uncover a connection between the attacks is an unlikely group of heroes: a vampire hunter from Carstinia, a slum-born vigilante, a ruthless wizard, and a soldier who is the last survivor of her noble bloodline. Arrayed against them are the undead monsters that thrive upon Radukar's gory regime. But a daring search for answers turns into a fight for survival when the Wolf himself descends his Ebon Citadel and joins the carnage in the streets…