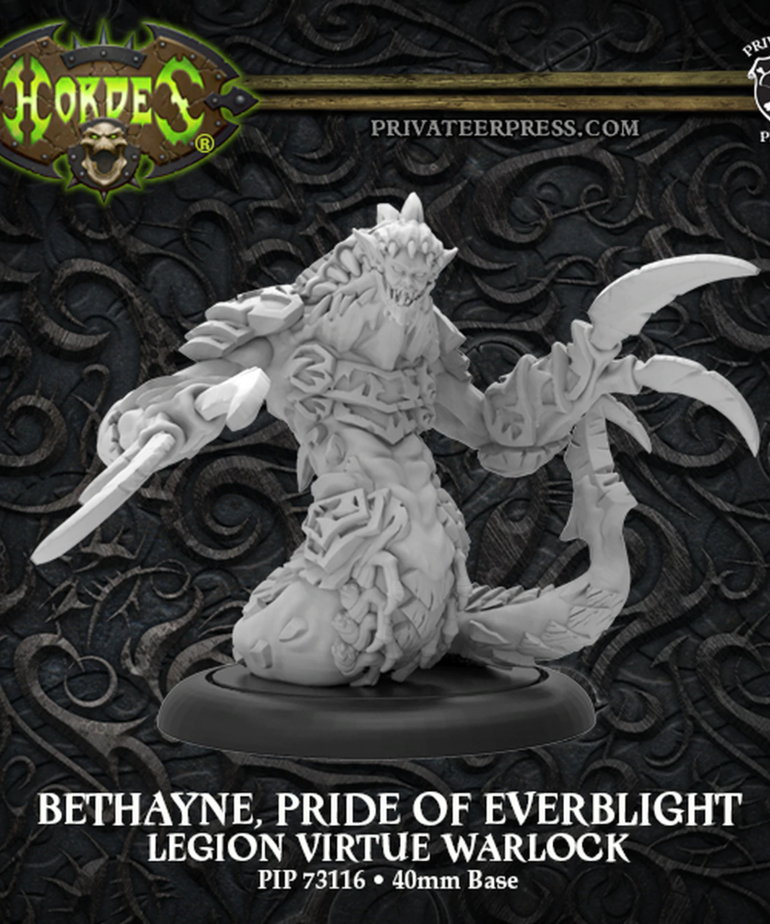 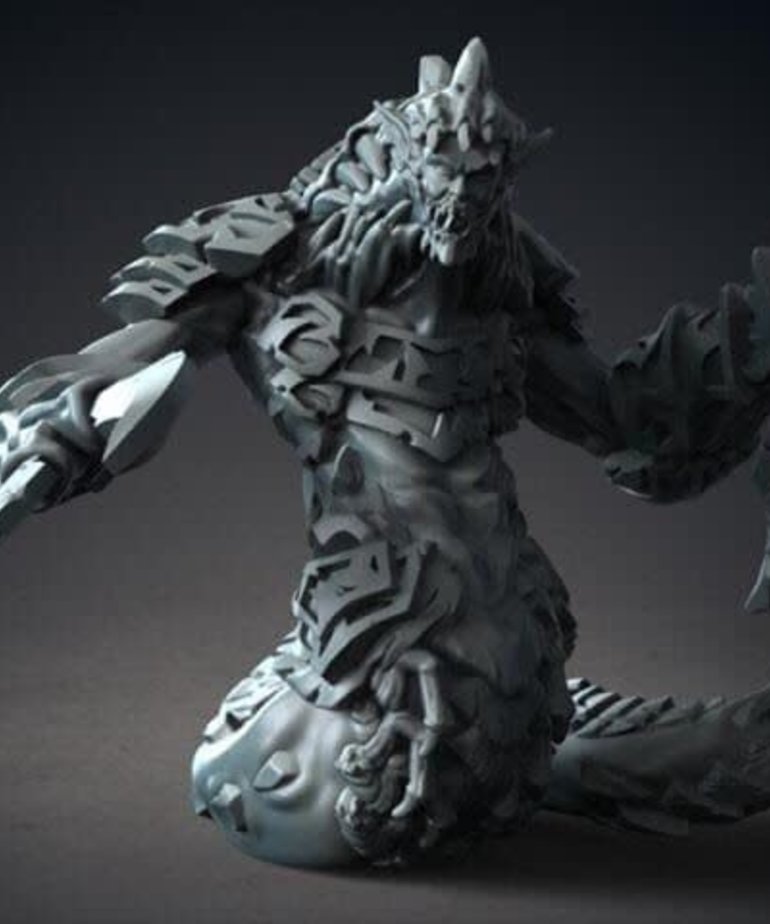 The Legion of Everblight has evolved in response to the infernal invasion and the Archons sent to defend humanity. The draconic master of the Nyss has been experimenting with the limits of their minds, bodies, and souls—Everblight has achieved what he considers to be the perfect evolution of the Nyss form, and it all began with the warlock Bethayne.

Bethayne’s flesh was the clay of Everblight’s great work. She has been pulled apart and reconstructed more times than she can recall. Her suffering gave way to the creation of a new race born utterly subjugated to the will of the dragon as well as the creation of Archons of his own design.

Bethayne is no longer recognizable as Nyss or as dragonspawn or any other race serving Everblight. She is truly unique, a piece of art that can never be re-created. Her flesh, her entire essence even, has been permanently fused with her warbeast Belphagor. To the soldiers of the Iron Kingdoms, she is a nightmarish monstrosity that wields blighted magic and breathes pure corruption. To Everblight, she is the living testament to his skill in the art of fleshcraft.

Bethayne is a new warlock for the Legion of Everblight unlike anything that HORDES has seen before. She is a fusion of warlock and warbeast in a single model, utilizing spells and a feat just like other warlocks but with the model properties of a warbeast.

This monstrous new warlock brings powerful armor debuffs and defensive tools to any Legion army she leads, and she synergizes particularly well with models capable of causing corrosion effects. The upcoming Blight Archon and Legion Virtue models have powerful corrosion effects, so players will want to look at running these new models alongside this latest addition to the Legion’s warlock roster.