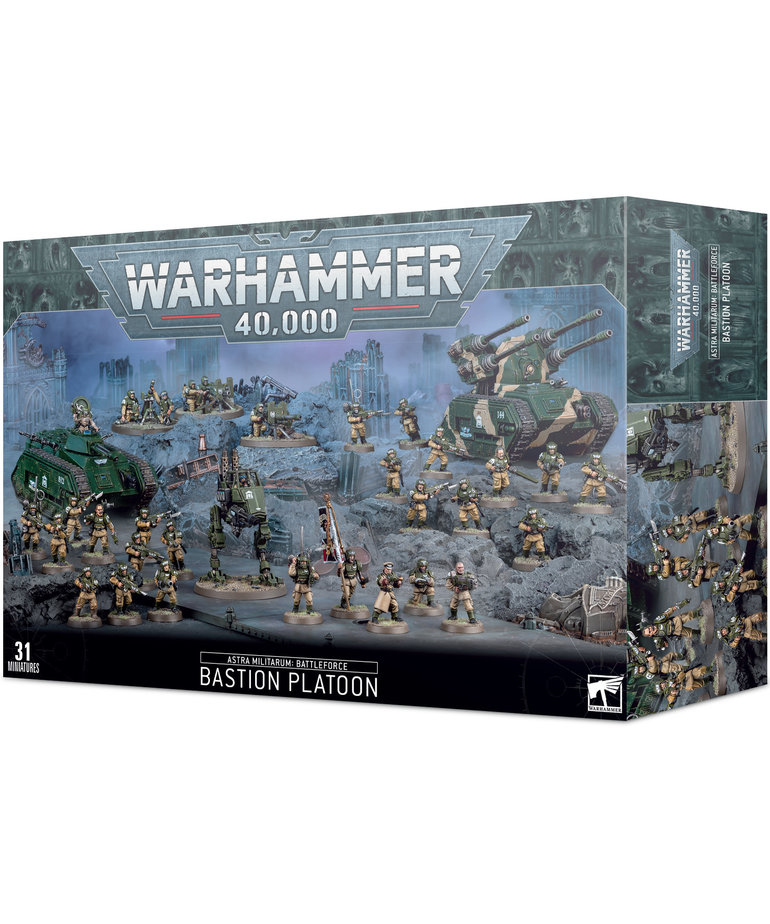 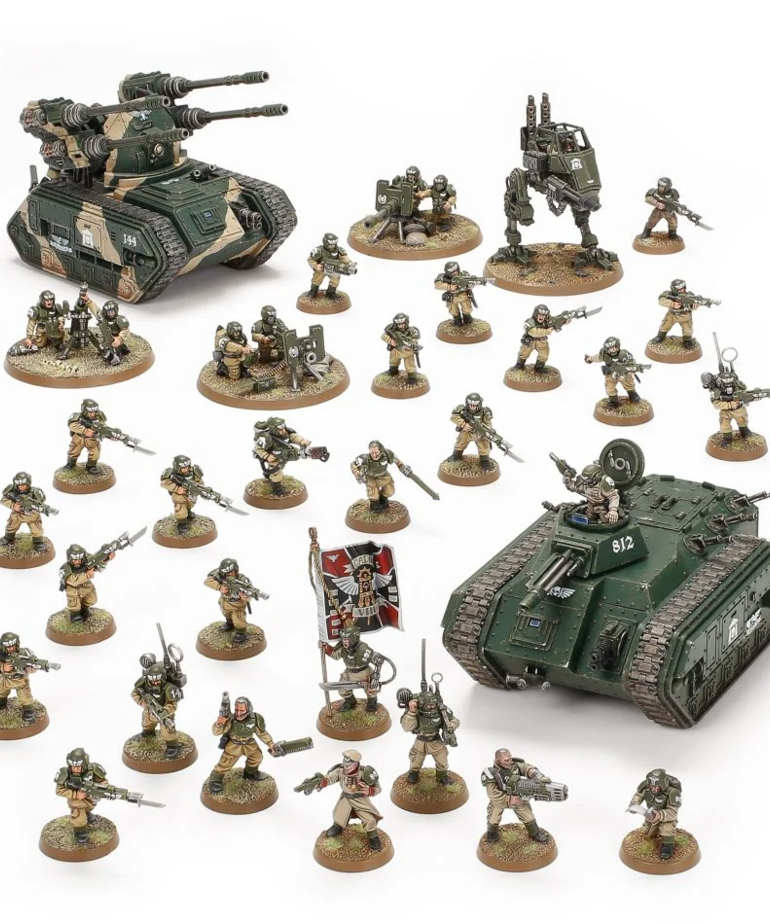 Many Imperial strategists believe the Bastion Platoon to be the mainstay of the Astra Militarum fighting force. A combined arms formation of infantry and supporting armour, a Bastion Platoon can break wave after wave of enemy assaults with withering lasgun, heavy weapon and artillery fire.

Hold the line with an Astra Militarum Bastion Platoon – a solid core of infantry units and support vehicles. It features several units that are ideal for inclusion in any Astra Militarum force, whether you're starting a a new army or adding to an existing one, all for less than you’d pay getting the models separately.