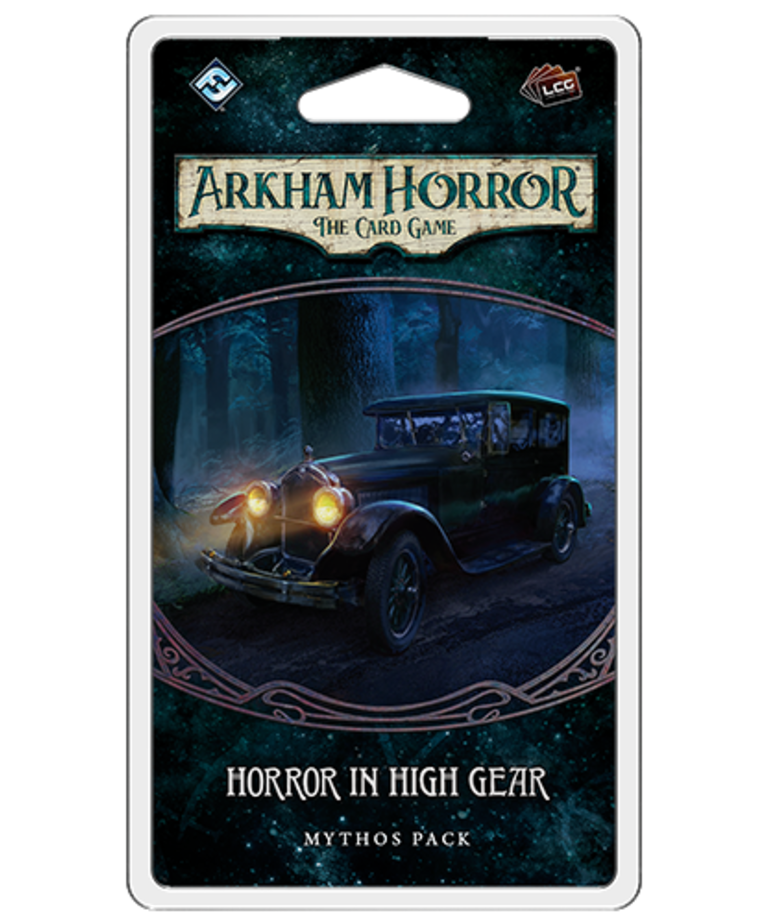 Innsmouth is in your rearview mirrors, but you’re not out of danger yet. It’s time for a high-speed car chase along the old roads surrounding Innsmouth as you seek to escape from the Esoteric Order of Dagon and find the next piece of the puzzle.

Within the Horror in High Gear Mythos Pack, you’ll find the next scenario of the tangled campaign unfolding around the events of The Innsmouth Conspiracy for Arkham Horror: The Card Game. This scenario introduces a white-knuckle chase as you and your fellow investigators pack into new vehicles and race to escape from the Order of Dagon. With an assortment of new player cards for every class, Horror in High Gear is a gripping next chapter in your unfolding tale of rising tides and encroaching madness.