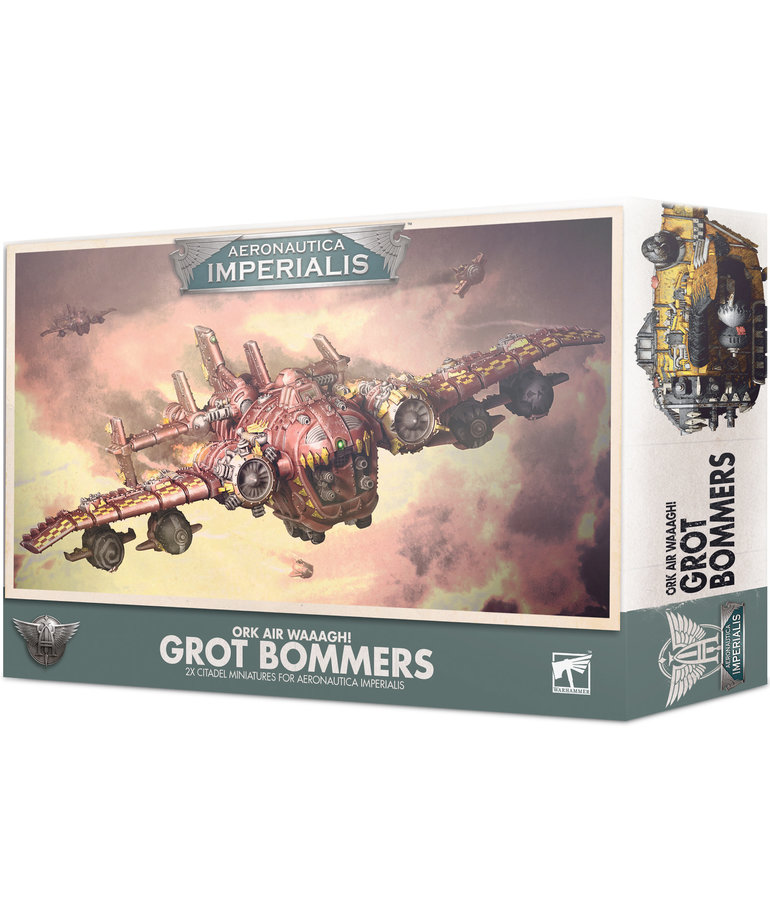 The diminutive Gretchin have long been enthusiastic supporters of Ork aviation, whether gleefully pushing bombs out of open bays, crawling into tight spots to fix engines, or acting as spotters and even gunners on ork planes. It doesn't take long before they become obsessed with flying just like their bigger kin, begging for their own turn on the control stick.

Some enterprising Ork meks decided this arrangement could be mutually beneficial, and created guided missiles that could be flown like a tiny, gretchin-sized airplane. Fitted with a short-burn rocket engine and stuffed with unstable explosives, some rabid grots are happy to climb aboard just for the (short-lived) thrill of speed and freedom. They're loaded into the wings of specially-fitted Grot Bommers, and launched in support of the Air Waaagh!

Grot Bommers open new tactical options for Ork Air Waaagh! players, and their autonomous bombs are unique in the Ork fleet. While wonderfully wacky, they're also incredibly potent weapons that your opponents will quickly come to fear. Complementing Eavy Bommers and the rest of your fleet, youâ€™ll find them useful in all sorts of missions, bristling with dakka even after they've delivered their deadly payload.

You'll need a copy of the Rynn's World Air War Campaign Book to use these miniatures.