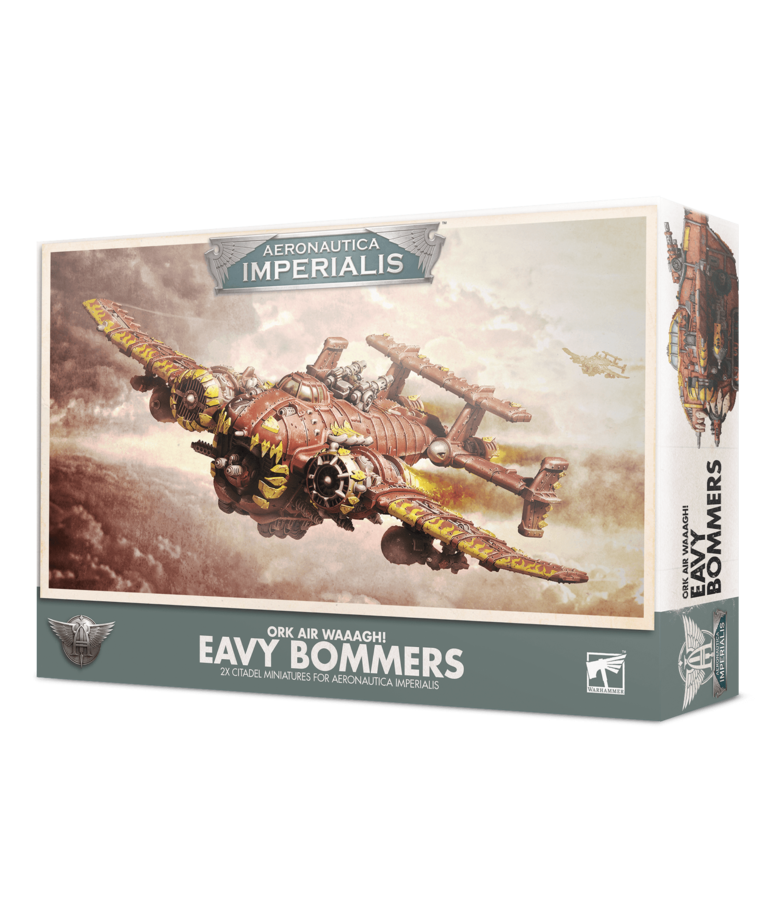 Eavy Bommers are one of the largest planes used in an Ork Air Waaagh! They are built with sustained bombardment in mind, and are recognisable by their distinctive engine sound â€“ deeper in pitch and audible over the drone of all smaller Ork aircraft. It's not just the rumble of an engine, it's the sound of doom.