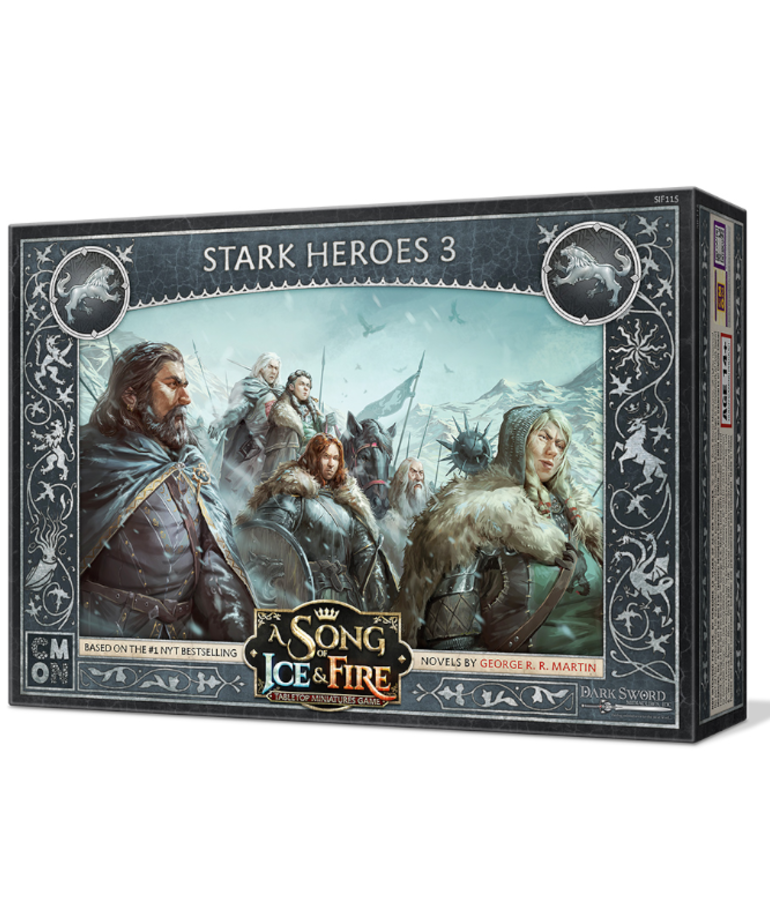 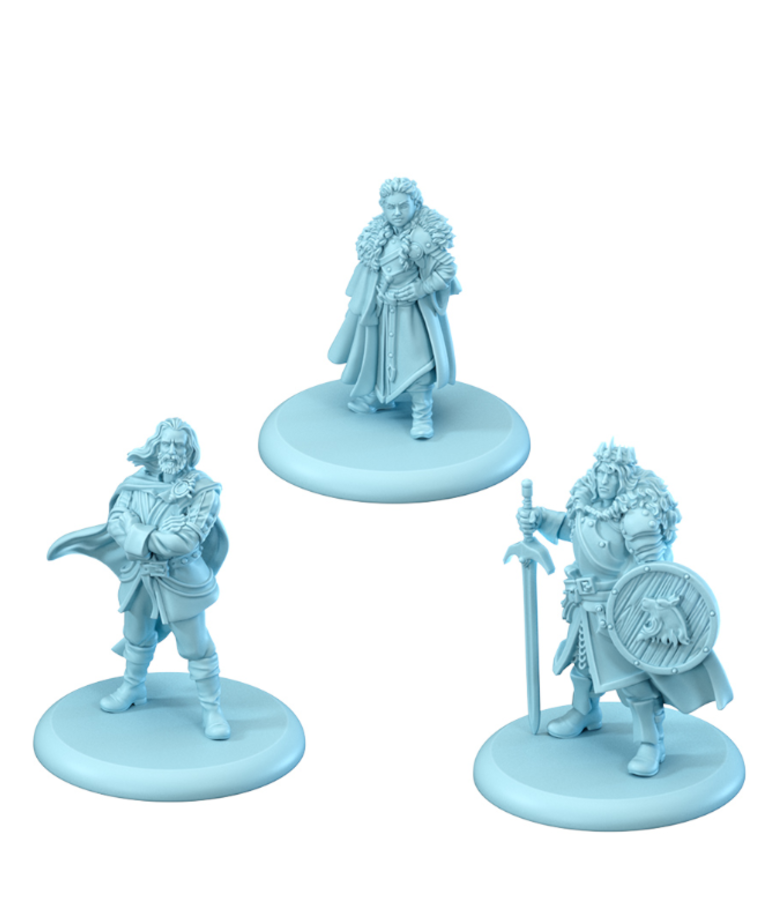 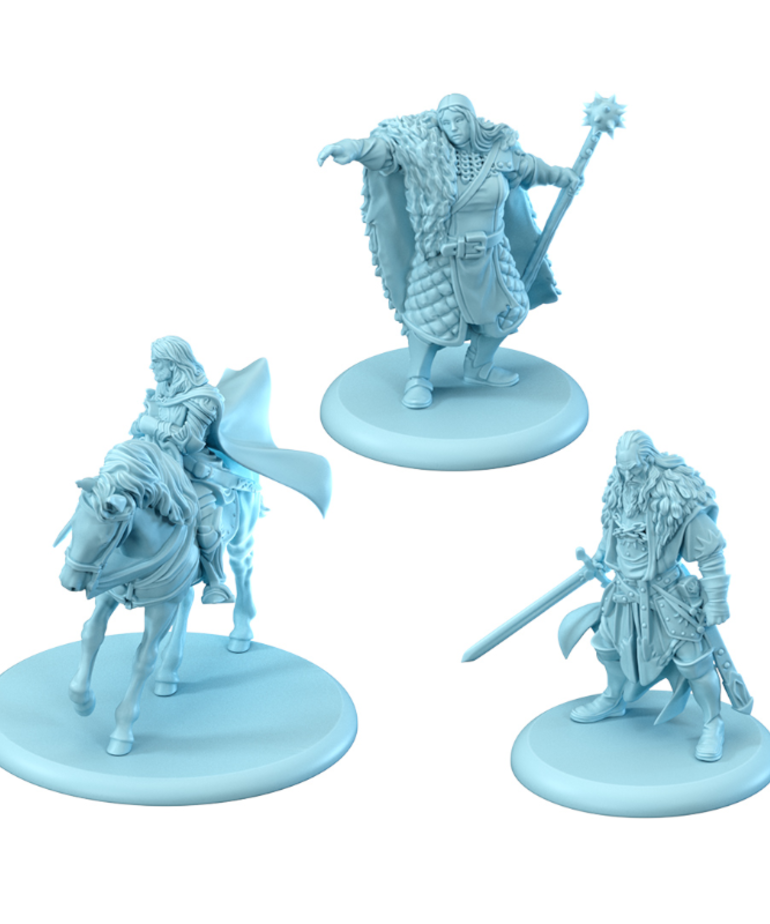 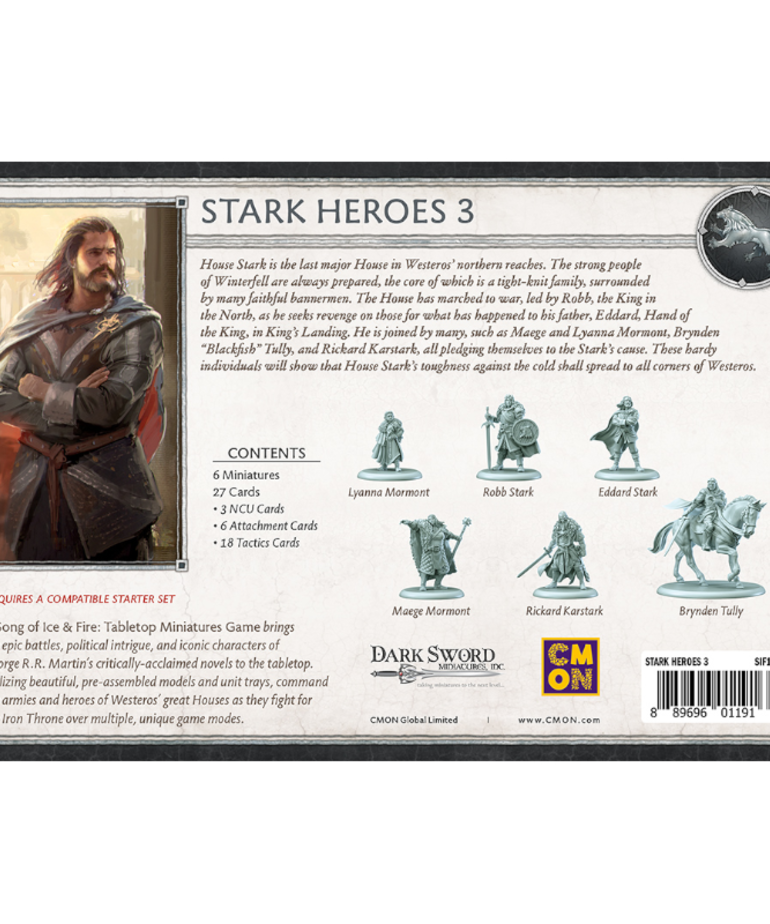 0 reviews
Add your review
Stark Heroes 3 is for the miniatures game A Song of Ice & Fire by CMON with the item number SIF115.
4 In Stock
Add to wishlist / Add to compare / Print

House Stark is the last major House in Westeros’ northern reaches. The strong people of Winterfell are always prepared, the core of which is a tight-knit family, surrounded by many faithful bannermen. The House has marched to war, led by Robb, the King in the North, as he seeks revenge on those for what has happened to his father, Ned, Hand of the King, in King’s Landing. He is joined by many, such as Maege and Lyanna Mormont, Brynden “Blackfish” Tully, and Rickard Karstark, all pledging themselves to the Stark’s cause. These hardy individuals will show that House Stark’s toughness against the cold shall spread to all corners of Westeros.