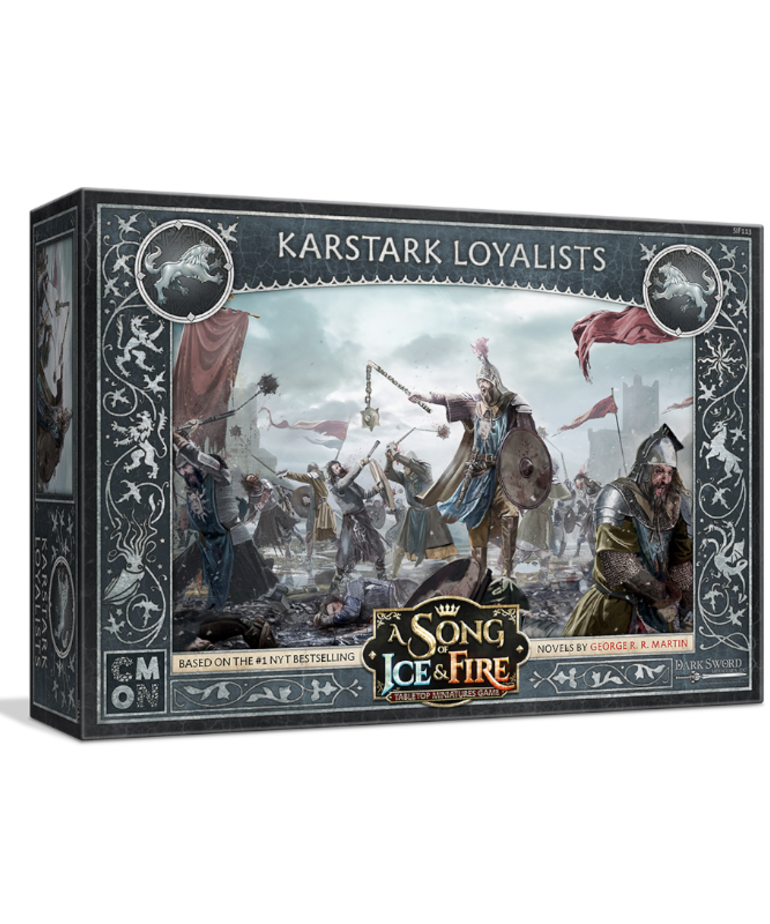 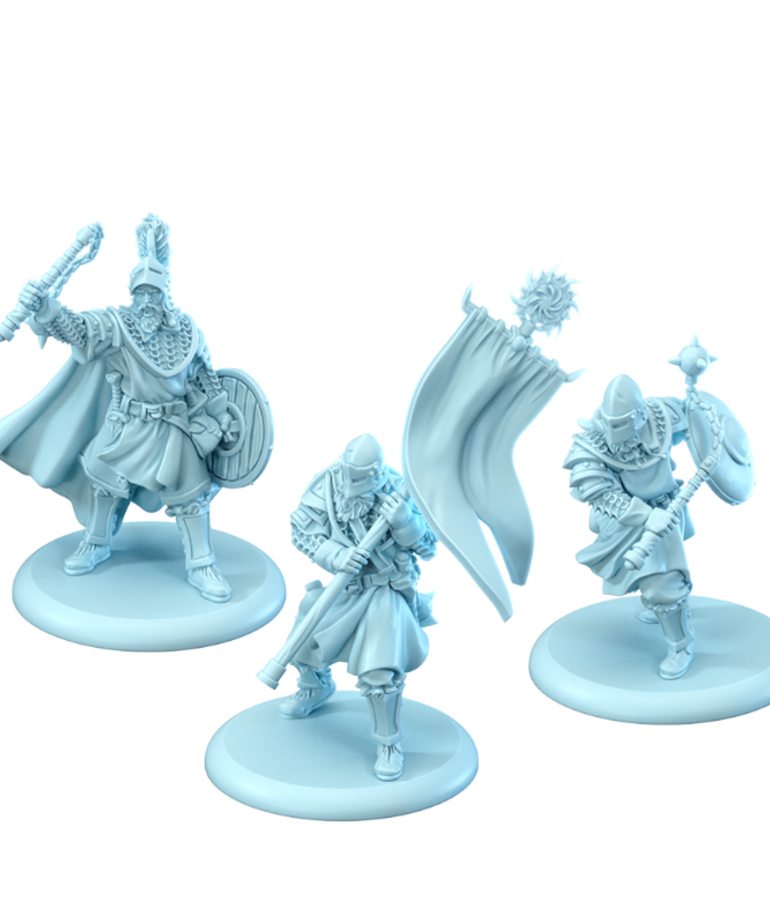 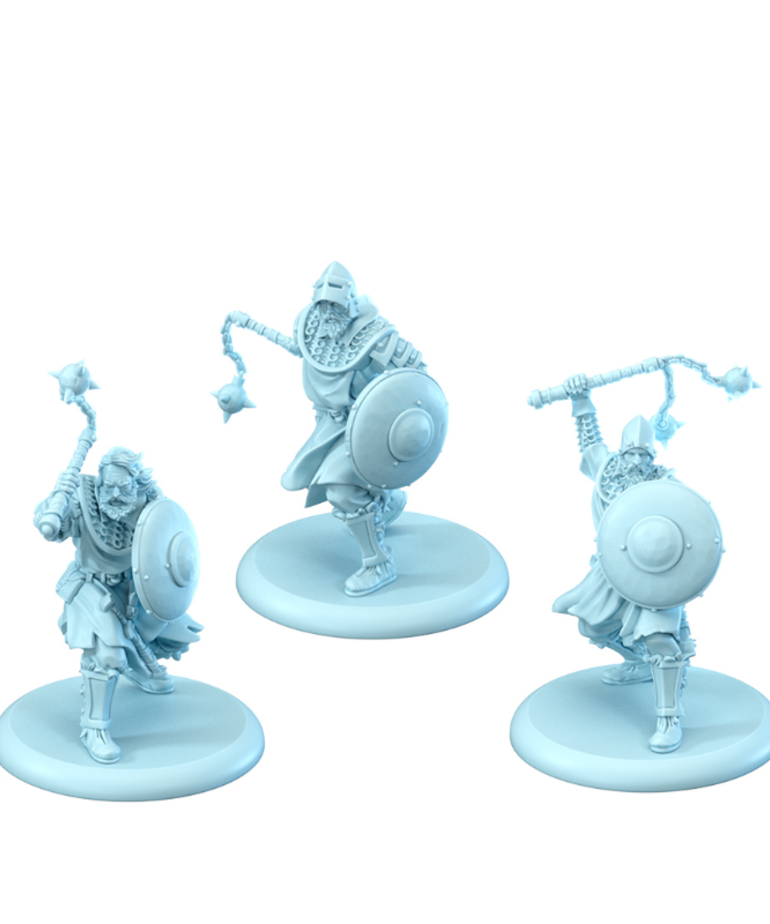 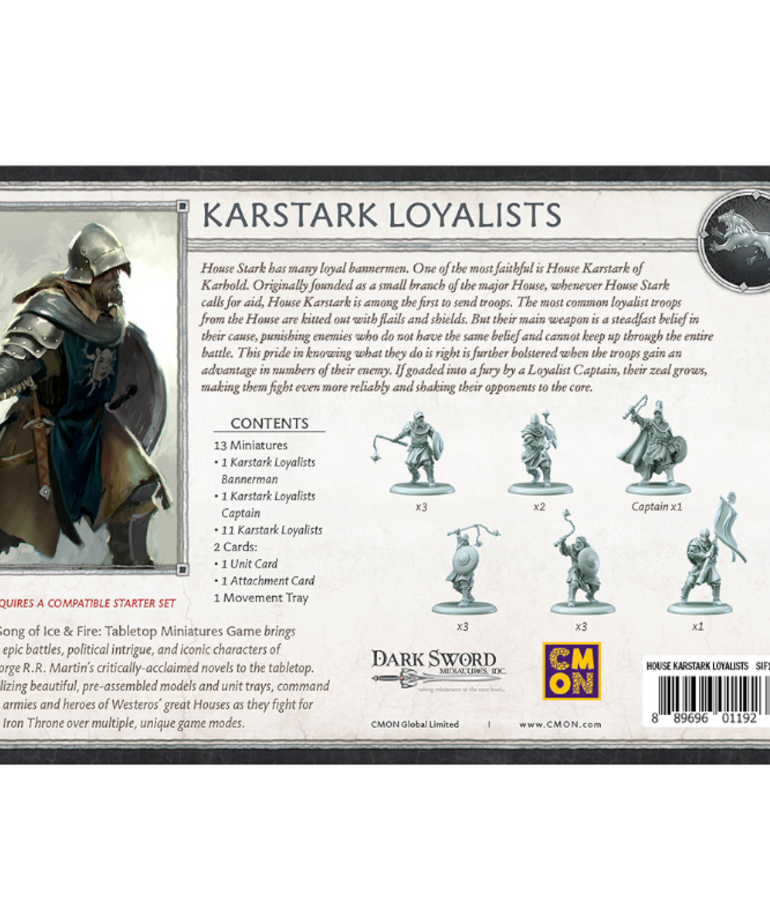 0 reviews
Add your review
Karstark Loyalists is for the miniatures game A Song of Ice & Fire by CMON with the item number SIF113.
1 In Stock
Add to wishlist / Add to compare / Print

House Stark has many loyal bannerman. One of the most faithful is House Karstark of Karhold. Originally founded as a small branch of the major House, whenever House Stark calls for aid, House Karstark is among the first to send troops. The most common Loyalist troops from the House are kitted out with flails and shields. But their main weapon is a steadfast belief in their cause, letting them fight on even when taking wounds that would put a regular man down. This pride in knowing what they do is right is further bolstered when the troops gain an advantage in numbers of their enemy. If goaded into a fury by a Loyalist Captain, their zeal grows, making them fight even more reliably and shaking their opponents to the core.