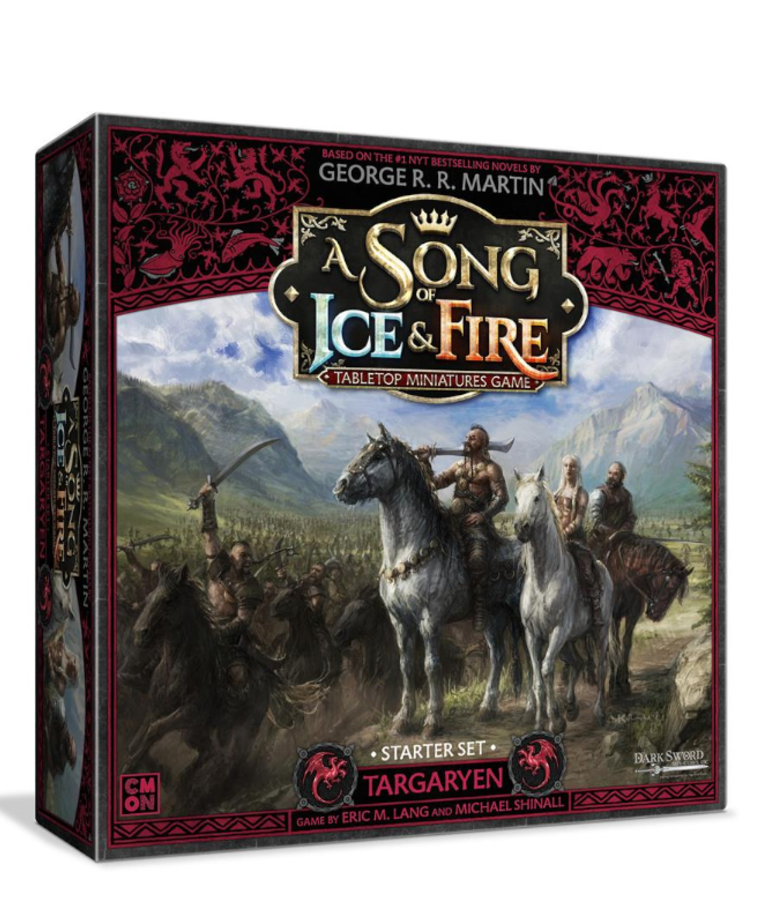 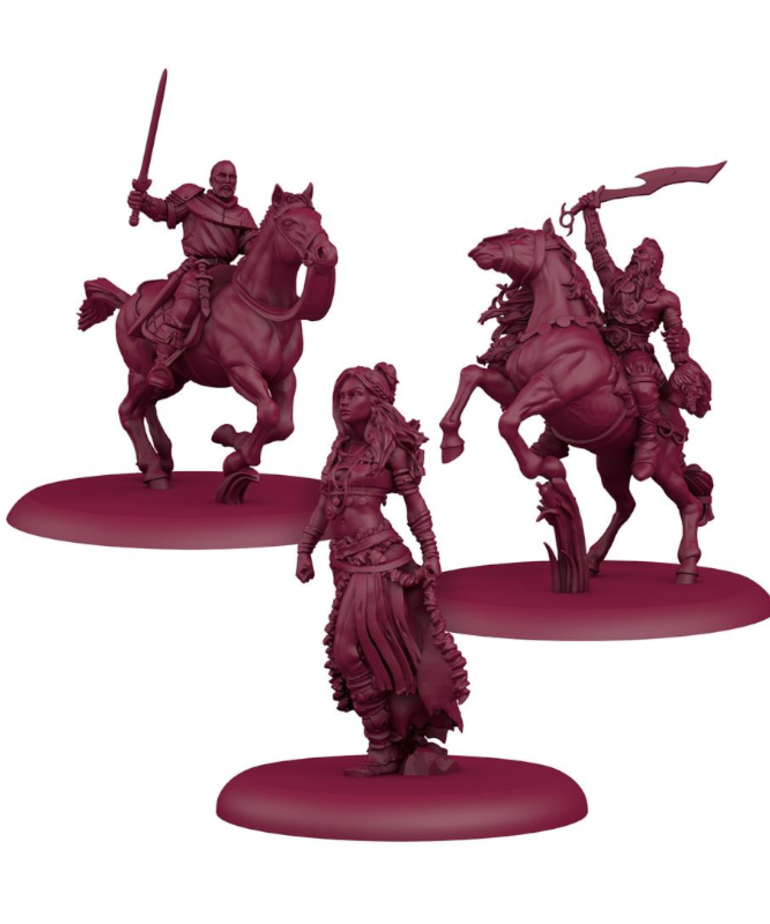 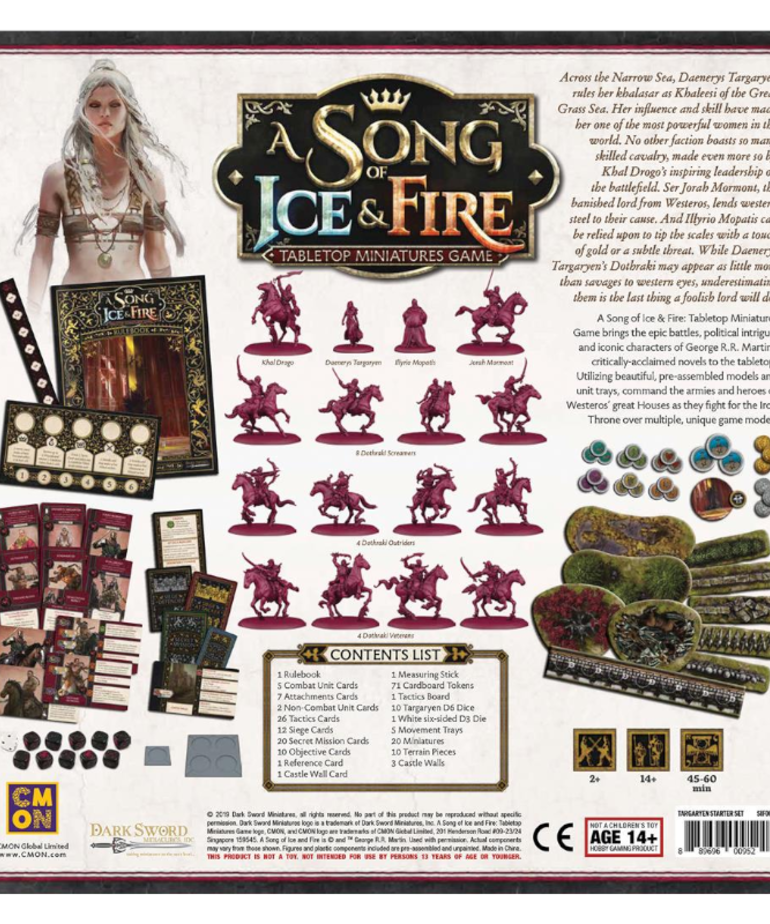 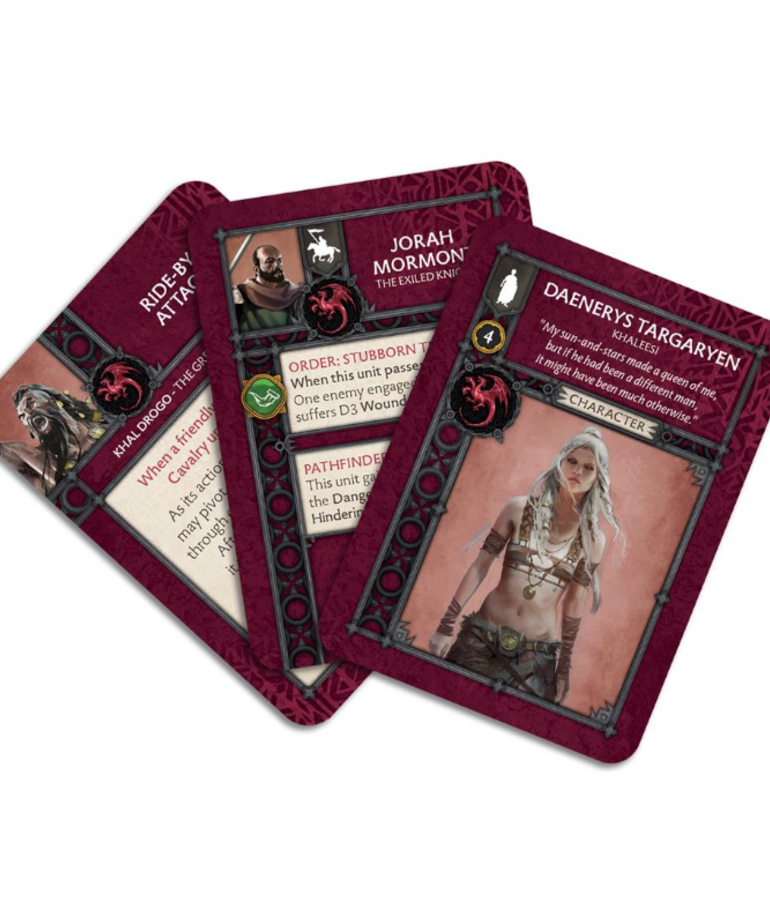 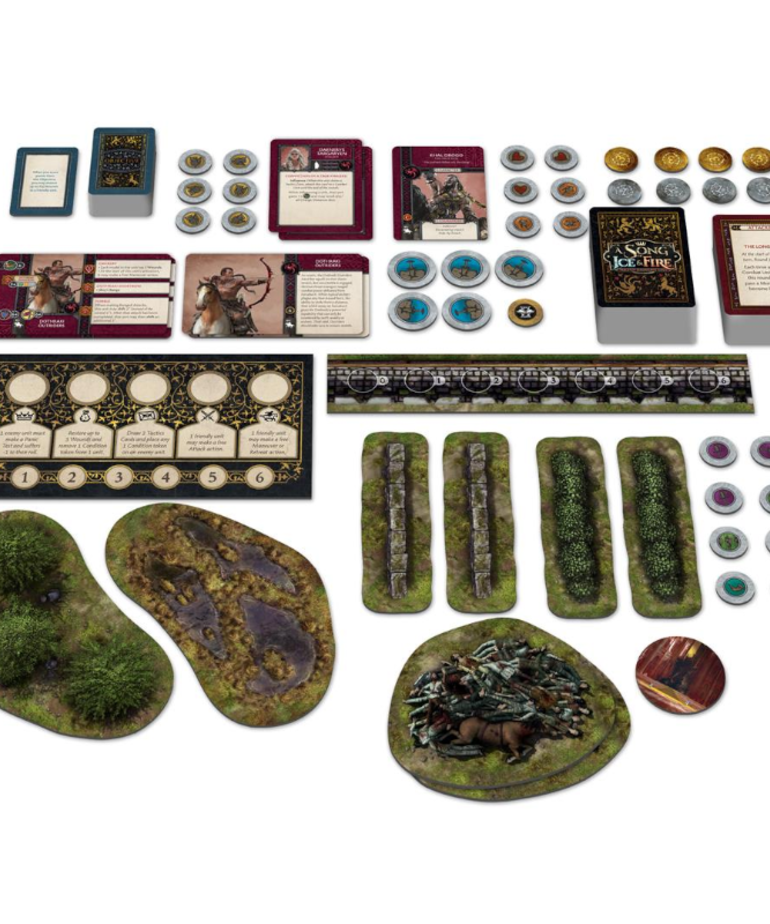 While the great Houses of Westeros fight with one another over who will sit on the Iron Throne, a foreign faction steadily grows in power across the sea. Daenerys Targaryen is uniting the Dothraki forces along with Khal Drogo. These horselords will soon be making the trek across the Narrow Sea and make their presence known. A new contender for the Iron Throne is about to enter in grand fashion.The Targaryen Starter Set for the A Song of Ice and Fire: Tabletop Miniatures Game provides players a new faction to use in the pursuit of the Iron Throne. It comes with everything a player needs to get started right away, including rulebook, dice, measuring sticks, the Targaryen Tactics Deck, tokens, counters, and more. The faction primarily consists of cavalry units, including Dothraki Screamers, Outriders, and Veterans. There's also special characters like Khal Drogo, Daenerys Targaryen, and Jorah Marmont players can use to augment their armies. This highly-mobile, tough force will bring new challenges and new opportunities to the battlefield.