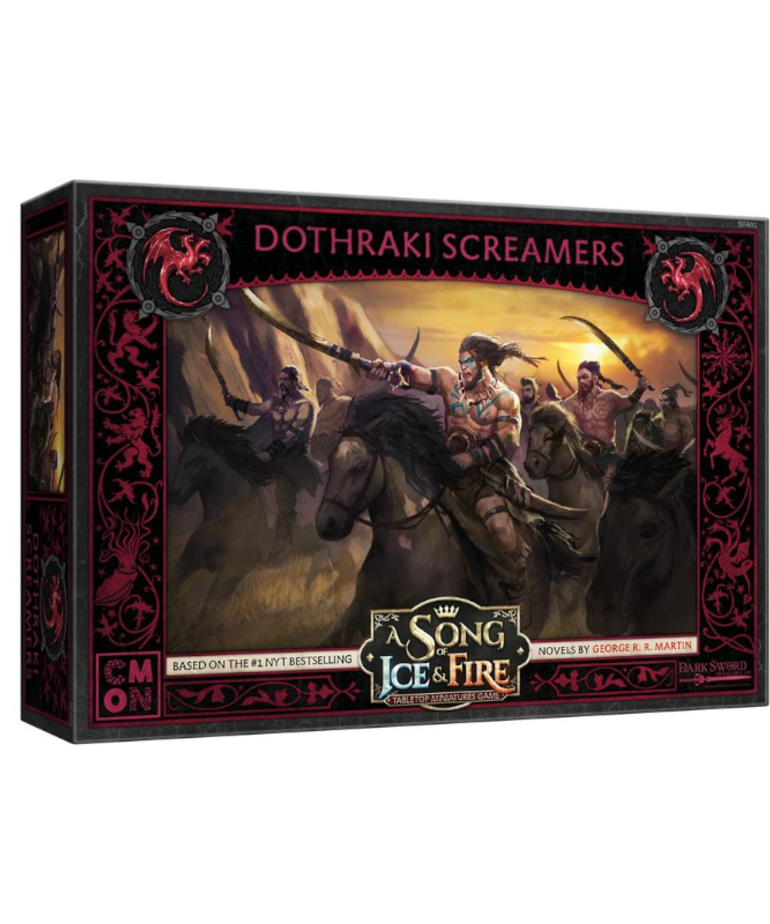 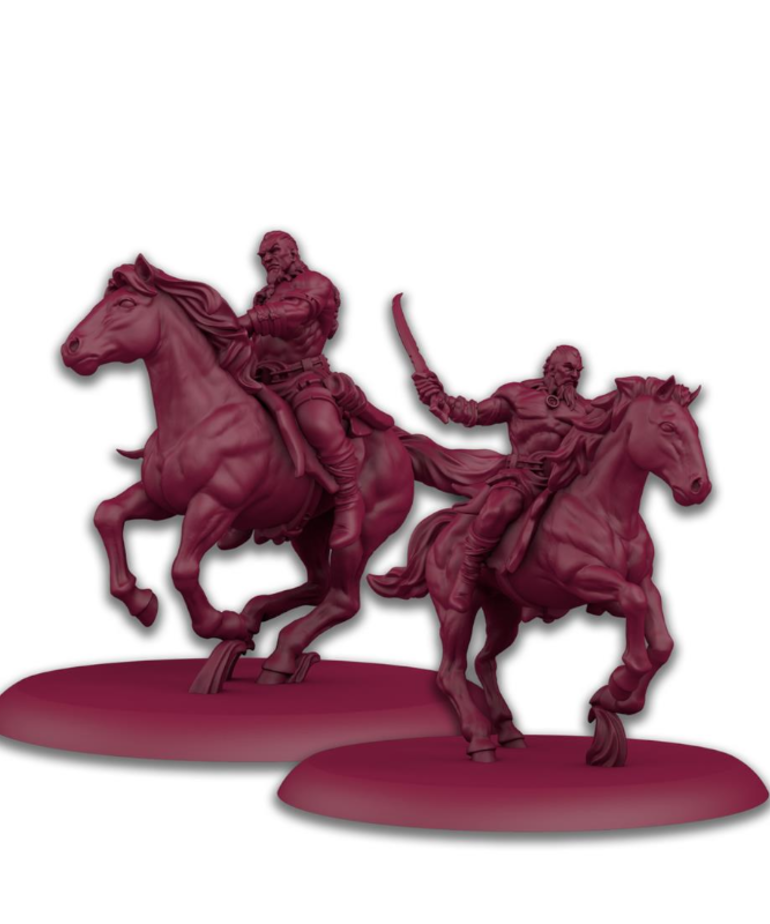 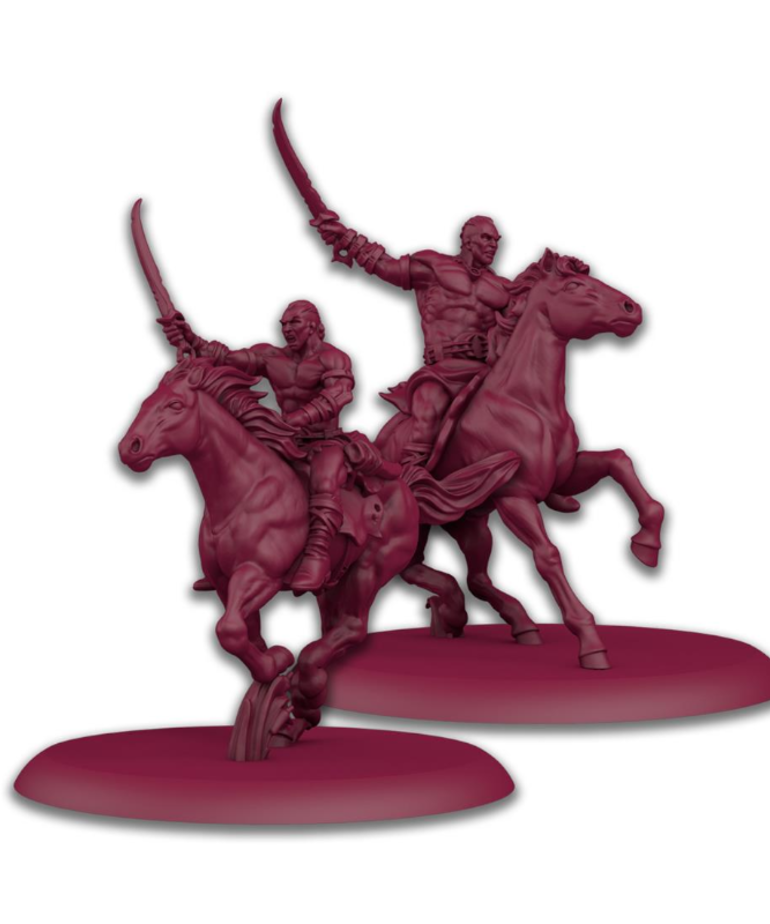 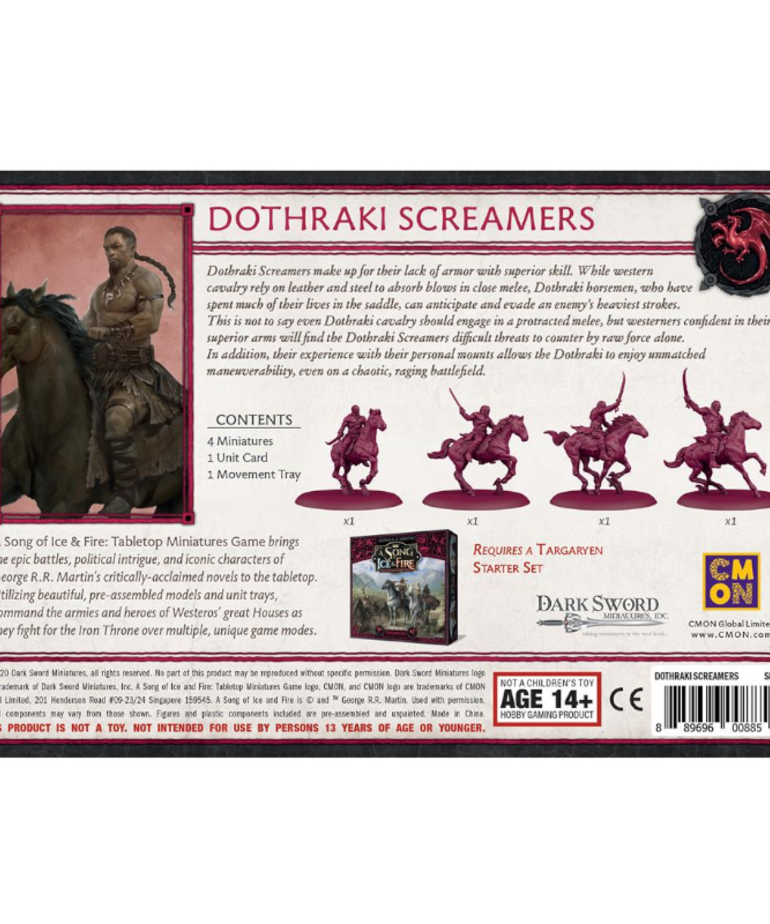 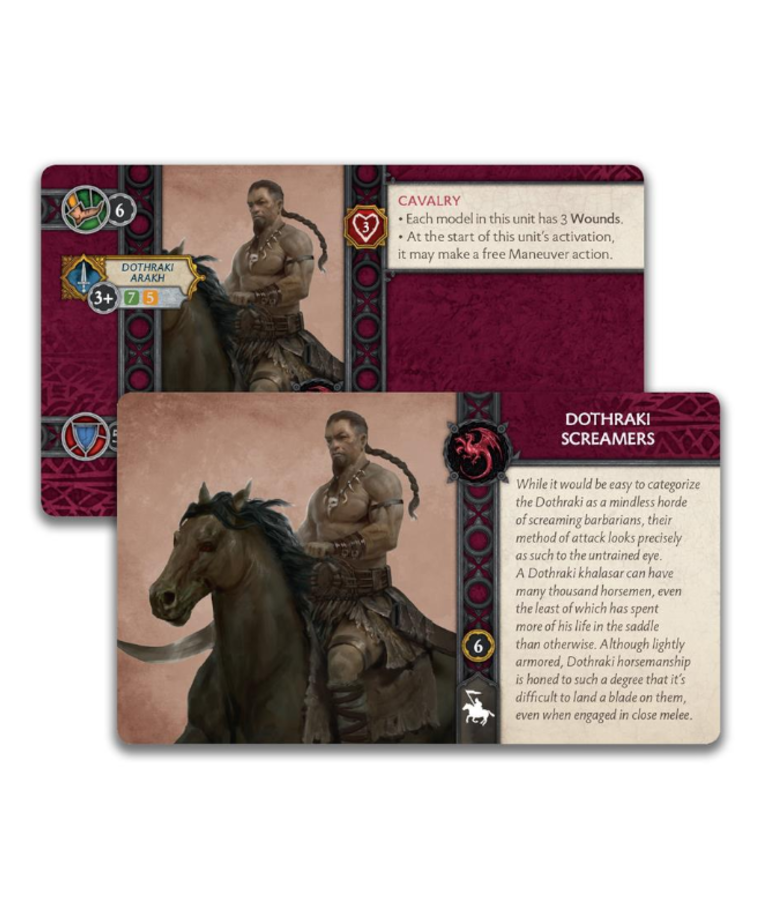 The warrior ways of the Dothraki might make them appear as simple barbarian savages, screaming into the sky as they charge into battle. And many commanders have underestimated them because of those stereotypes. A Dothraki will spend more time on their horse than they will off of it, and with that experience comes skill that regular training will never achieve. Despite being unarmored, it is still difficult for a trained swordsman to land a significant hit on a mounted Dothraki.The Dothraki Screamers unit box for the A Song of Ice and Fire: Tabletop Miniatures Game gives Targaryen commanders a solid cavalry unit for their forces. These fearsome fighters can charge quickly into battle, dealing out deadly blows. Skilled commanders will use them as a lightning-fast strike force, avoiding getting them into protracted combats, lest their fewer numbers start to catch up with them.