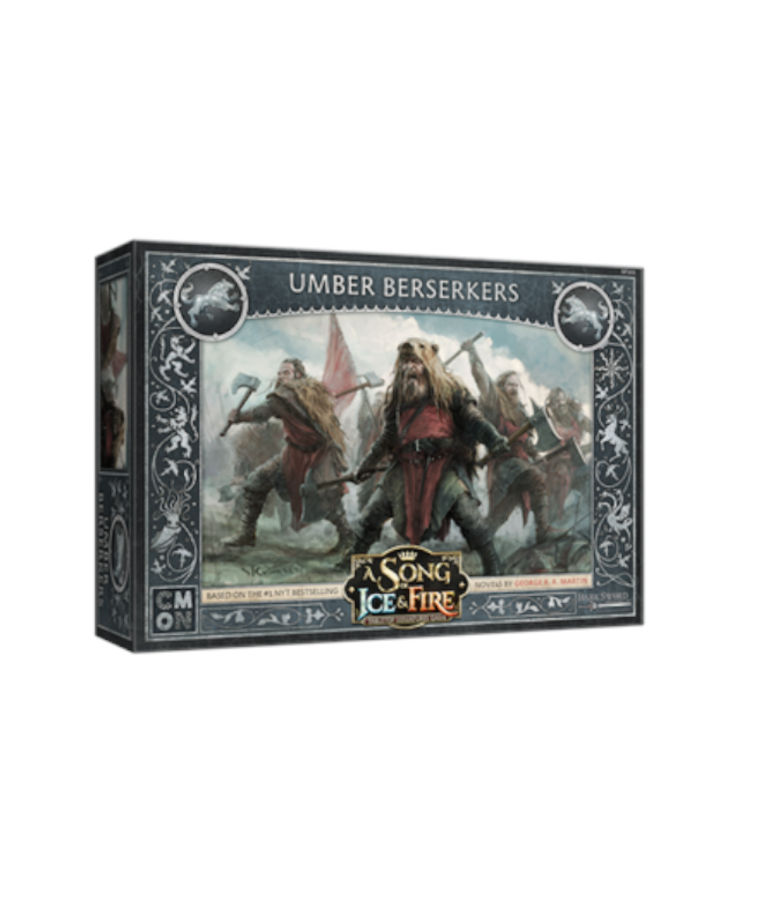 0 reviews
Add your review
Stark Umber Berserkers is for the miniatures game A Song of Ice & Fire by CMON with the item number SIF103.
1 In Stock
Add to wishlist / Add to compare / Print

Some men just relish confrontation. They long to jump into the fray, scrapping with an enemy, seeing them beaten to a pulp. As the battle rages on, they get more and more into a frenzy. Wounds seem to not matter and actually drive their bloodlust further. That's the case with the Umber Berserkers. Once battle is met, it only ends when either they or their enemy are no longer moving.The Umber Berserkers Unit box for the A Song of Ice and Fire: Tabletop Miniatures Game gives Stark Commanders a new unit to add to their ranks. Melee specialists, they're one of the few units in the game that gain attack dice as they take casualties. And enemies certainly don't want to be hit, as the unit's Sundering ability means Defense Saves are harder to pass. Adding in the Umber Champion only increases their effectiveness in combat.