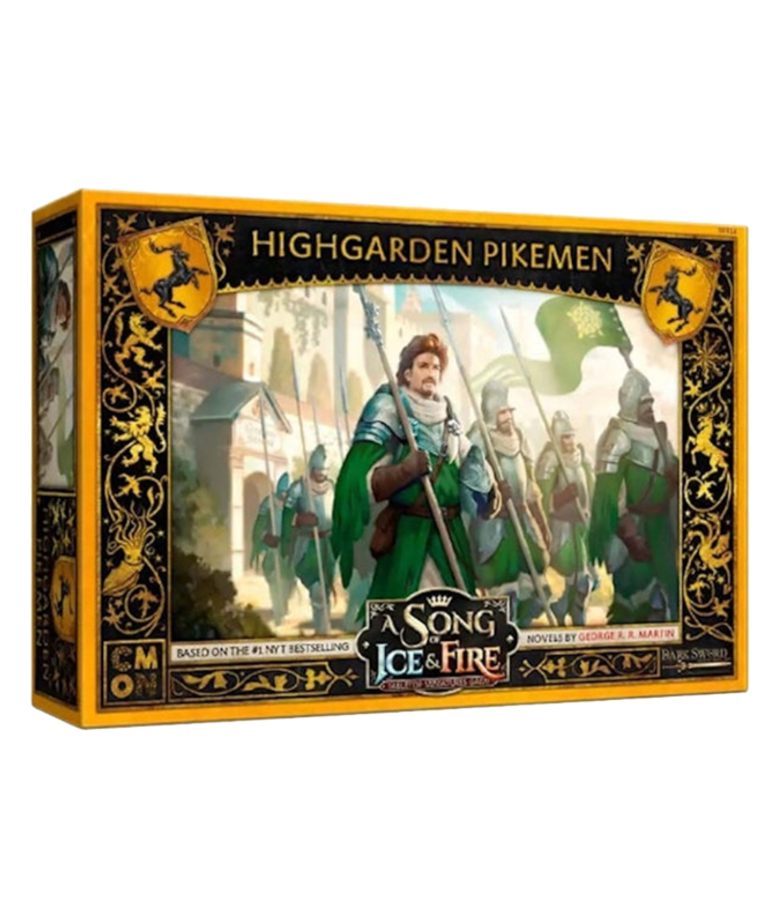 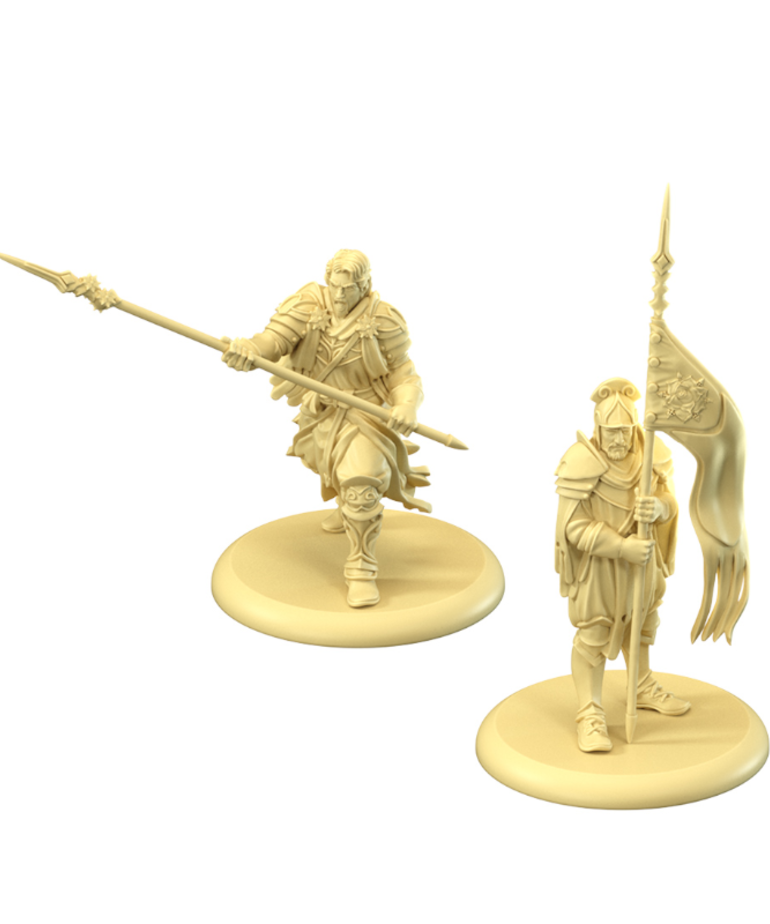 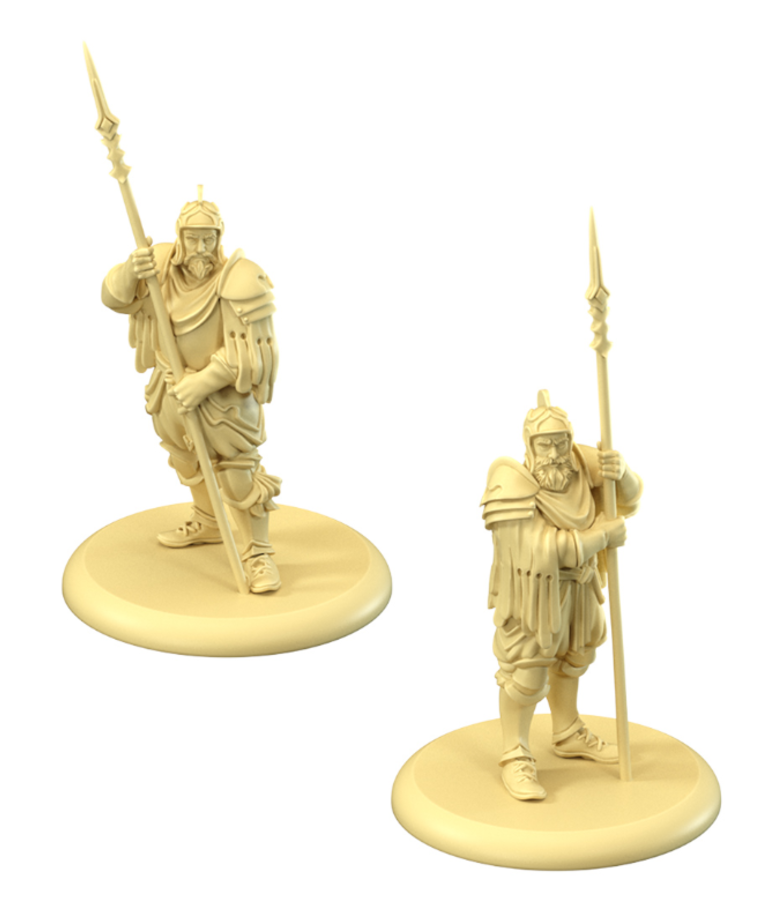 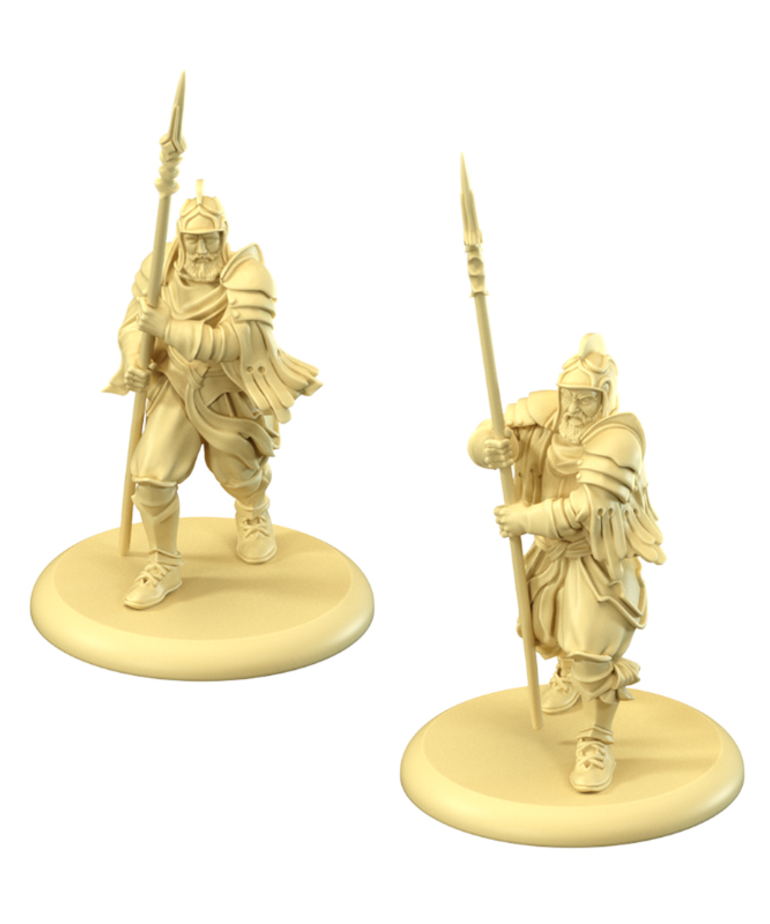 0 reviews
Add your review
Highgarden Pikemen is for the miniatures game A Song of Ice & Fire by CMON with the item number SIF814.
2 In Stock
Add to wishlist / Add to compare / Print

Highgarden, the center of power for House Tyrell, is known as a place of chivalric values. In the conflict to secure the Iron Throne following Robert Baratheon’s death, House Baratheon has called for aid and House Tyrell has answered by sending their Highgarden Pikemen. These highly trained fighters create a mobile wall of death on the battlefield, trained to perfection in the use of their pikes. When accompanied by a Pikemen Captain, their formidable force grows even stronger as the Captain coordinates every soldier’s attack, making sure the unit fights even beyond what might seem humanly possible.