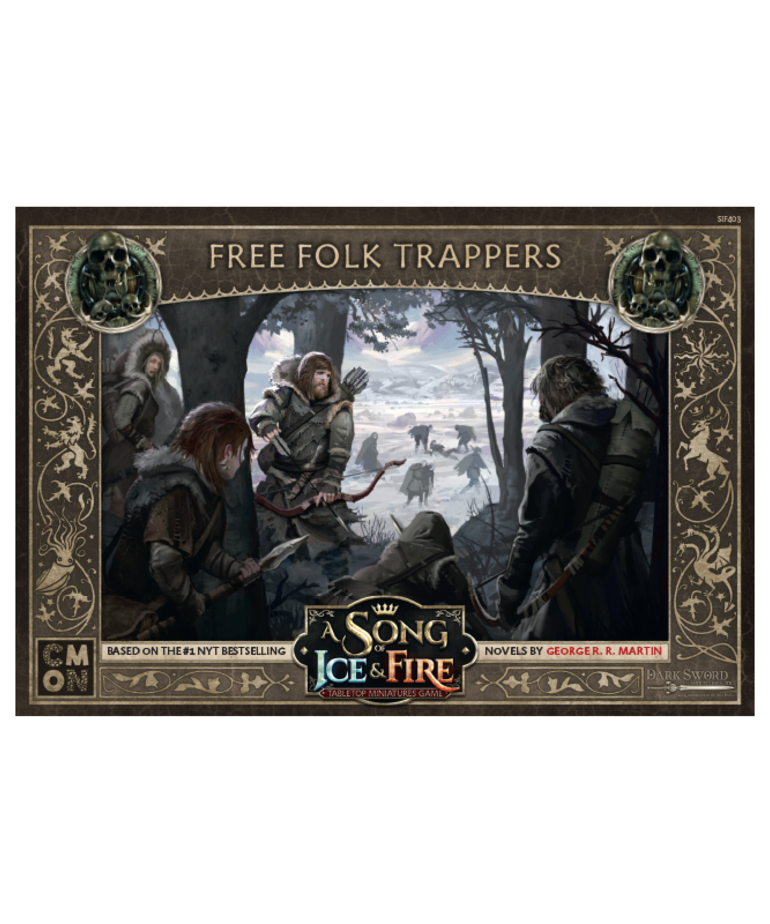 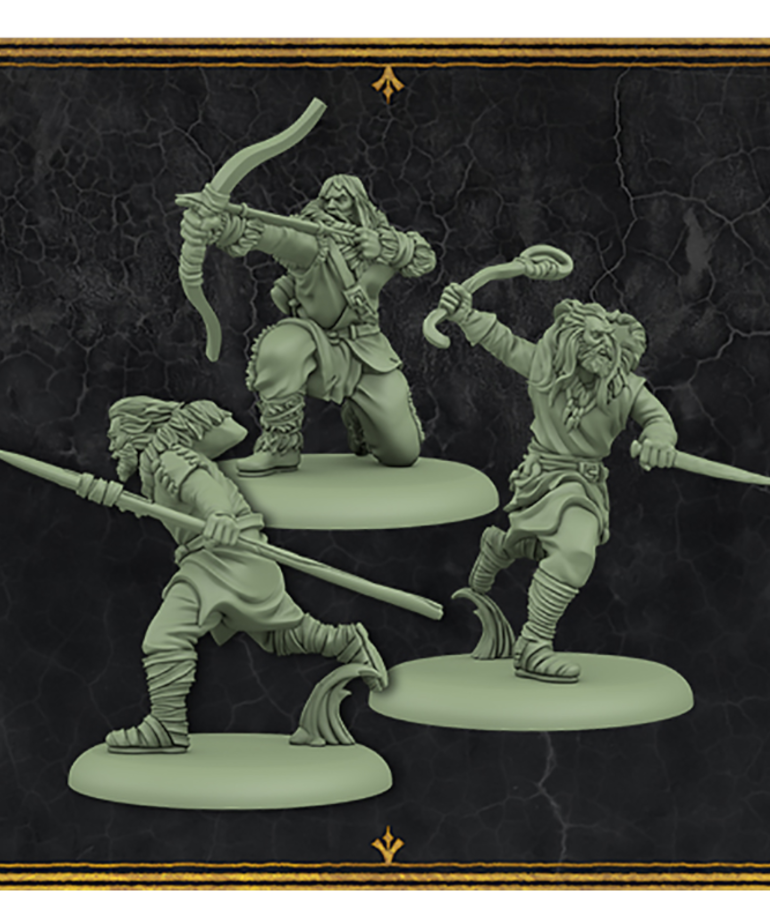 0 reviews
Add your review
Free Folk Trappers is for the miniatures game A Song of Ice & Fire by CMON with the item number SIF403.
1 In Stock
Add to wishlist / Add to compare / Print

The Free Folk are a rugged people, not very familiar with any forms of civilization. They aren't ones to settle down on land and farm. They get their meals through wits and wile, making traps and snares to hunt prey.The Free Folk Trappers unit box gives Free Folk Commanders a new option for their armies. Lightly armed and armored, the Trappers are well-versed at harrying tactics. Able to deal wounds directly to enemy units via their Hidden Traps order, they can greatly disrupt an opponent's plans.